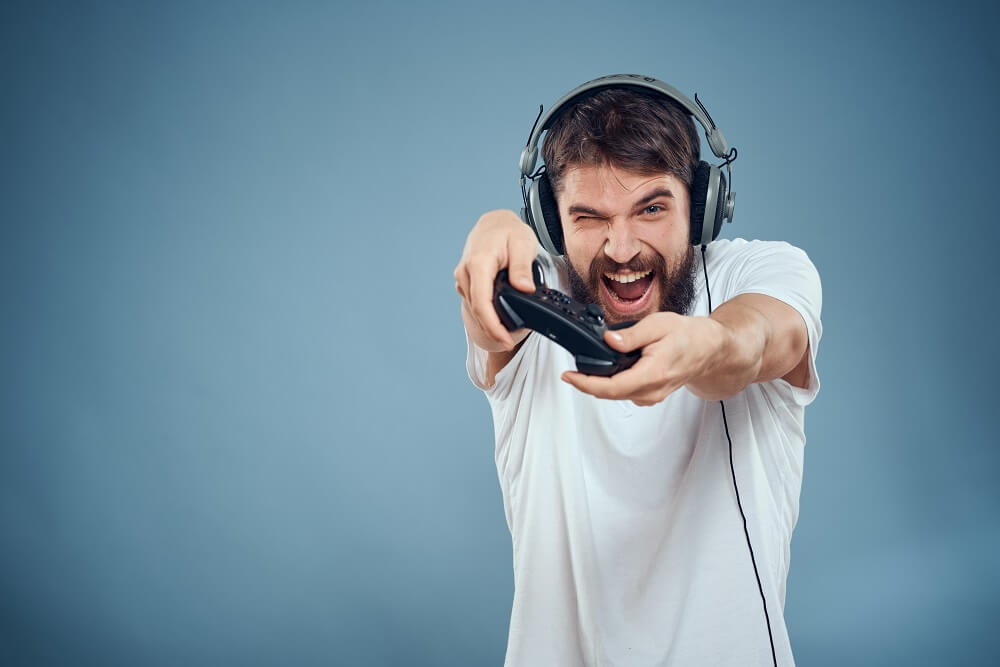 What are the Best Games to Play When High?

Having a conversation is one thing you can do when you have a smoking session with some friends. If you have quality weed, you can expect a lot from it. The effects are outstanding and you may want to put it in good use. Some games go well with the vibe that marijuana brings while being with wonderful people.

Here are some of the games to play when high so you don’t need to look any further.

Hold your smoke as long as you can like you’re trying to prolong your breathing while you’re underwater. You take a hit first then pass it to someone next to you. Inhale the smoke and hold your breath until it’s your turn again as the weed has gone around.

If you fail to hold your breath before the weed reaches you then you’re out. It can’t be avoided that you choke. You can create your own rules for this game to make it more fun for you.

When you have four or more pals in a session, it’s quite challenging. You may fail to hold your breath but it’s not a big deal. You get high anyway.

You need to collect some supplies for this game which are a jar with a wide opening or a cup, tissue paper or rolling paper, a rubber band, a penny, and a joint or blunt. Bong is not necessary for this game.

Start with covering the jar with the paper of your choice. Secure it with a rubber band. Place a penny in the middle of the paper and your weed then light it up.

The jar will go around among the tokers to take a single or two tokes. Each of them holds the smoke while the paper gets burned. The jar is passed to another person and the previous smoker exhales.

Each player makes a hole in every toke. The one who makes the penny fall on his or her turn loses and has to do some task. You can decide what penalties before you start the game.

You’re not allowed to smile or you’ll be out. Penalties should be set before starting. You may let the loser wash the dishes, make a prank call, and more.

Once everyone is ready and high, you can start the game. No one is allowed to smile. When someone cracks a grin then there’s a loser to do the consequence. It’s so simple, right? But it is one of the challenging games to play when high. Some can’t resist laughing when under the influence of weed.

This game is accompanied by the song from Bob Marley entitled Jammin’. But you should see to it that everyone has their weed. Turn on the song and everyone should take a hit every time the words jammin’ and jam come up. You can decide for yourselves if ‘jam’ should be included or not.

You’re probably familiar with the song. The ‘jam’ comes fast and furious from the backup singers. It can be fun doing it with your peers and you will surely get baked.

It’s fun to remake a classic, don’t you think so? You stand facing each other on opposite sides. You bounce a ping pong ball to get into a cup. The one who succeeded can light a joint and even have a bottle of beer. Of course, everyone can get high.

Medusa with the mane of snakes can turn you into stone just by looking at her eyes. It’s what you’ve learned from Greek mythology and you’ve never thought it can be a game. But well, it can and it’s more fun especially when you’re high.

Everyone should have their faces down while holding a joint. You wouldn’t be allowed to peek. When a sign was called out for you to look up, you have to stare at someone with wide eyes.

You’re safe if the attention of another person is focused on a different player. But if you two are looking at each other then you have to yell ‘MEDUSA’. Both of you should take a puff.

The goal of this game is to have everyone lit up their joint. It goes on until all of you are stoned to continue.

7. Never Have I Ever

It’s a drinking game but it won’t be awkward in having it while getting high. It’s easy to play and you’ll get to know some juicy secrets. Well, there will be a revelation when your chums won’t play it safe.

The statement would start with ‘Never have I ever… ‘. You can prepare some intriguing things to add. The participants who have done it can raise their hands.

The people who haven’t done it can light a joint and get to make the statement. You may also ask them why they weren’t able to experience the said activity. It goes round and round and everyone gets high. It can make your friendship more established as you better know the personality of your pals.

You will be playing this game on the educational side but it’s still going to be fun. Geographical words like countries, cities, mountains, seas, rivers, and so on are used. You have to give a related word that starts with the last letter of the word that was given by the previous player.

For example, the player before you give the word ‘Japan’. You have to give a country that starts with the letter ‘N’ like Nigeria. Players who fail to give the right word or repeat a word that was mentioned should take a puff.

It’s also possible to change the topic like food, celebrities, animals, and more. If you can’t think quickly then prepare to get high.

It’s not BlackJack but the other one that is a classic drinking game. You can make it fun while getting high. You have to count to 21 and the numbers should be presented of some things. For example, instead of saying number seven, you can purr like a cat.

There can be variations and after a few rounds, everyone purrs barks or claps. The consequence is taking a hit from a bong or puffing a joint. It will test your memory while being high.

Everyone is cool and would think a mild stripping party is totally fine. A dab rig or a bong is passed around so making a circle is appropriate. The person who would cough or splutter will take off a piece of clothing. Then, all players should agree on how this game ends.

Ending the Game While High

The list gives you some ideas on games to play when high but you can sort things out for yourself. Use your creativity in modifying the rules and consequences. So everyone can have fun and the session is way better than just having a conversation.