Flowering Marijuana – When How To Flower Weed

As the germination period already took place, indeed, the flowering of marijuana is your token after the serious phase you have gone in assuring that your marijuana plant has germinated successfully. Hence, this stage is also one of the critical phases, first time growers will unravel since they need to follow the developmental stage of the marijuana plant.

Flowering of plants denotes many developments of the plant. From this phase of marijuana growth, the cannabis growers can now unravel the gender of the plant whether it is a male, female or in case, a hermaphrodite. Normally, when one hormone from the marijuana plant attained its end or maturity point, it will cause the process of flowering of the marijuana plant. As for our information, the darker it is, the higher hormone is being elicited by the plant. Vice versa, the daylight drastically slows down the development of the hormone. A well nurtured and developed marijuana plant has a aggressive features of dark green and it yields up to 20” in height. When this phase took over, you must make necessary adjustments. Growers are required to alter the light exposure of the plant. It must be exposed at least 12 Hours and be strayed away from light for the next 12 hours. This will entice the flowering of your marijuana plant because they might seem that switching of lights are indication of changing seasons, which in return speed up the flowering of the bud. Before it will grow into a full pledge flower, it will go under the pre flower stage wherein, growers shall set the lighting on at fourteen hours until it can finally take shed of the routing twelve hours on and twelve hours off. Indeed, lighting is the blood line, where the development of the bud will highly depend. 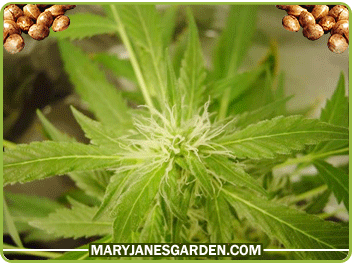 When To Flower Marijuana – Flowering Weed

On average, pre flowering starts at the fourth week of vegetation point wherein it shall be indemnify through magnification. A pear wrought node shall be feasible in the stem of the marijuana which denotes that the cannabis plant is a female. It must be well developed before you finally harvest them in order to make sure that the entire pre flowering and full flowering has been drastically successful.
The Full Flowering Process

After altering the light timetable activity, the full pledge flowering of the cannabis plant shall be persistent. Typically, the intact physical feature of marijuana shall be wrapped up with white pistils that shall assure you that the marijuana plant has already done with its flowering phase. Matured marijuana plants can be characterized enfolded with white crystal like nodes. You can harvest fully your cannabis plant right after seeing different signs including the altering of color of the pistil, from white to dark red. You must be very observant and concentrated in the change that occur with your plant in order to make sure that it will not die or it will not be harvested on its premature development. Normally, the trichromes also gets darker when the maturity and harvesting time is fully accomplished.