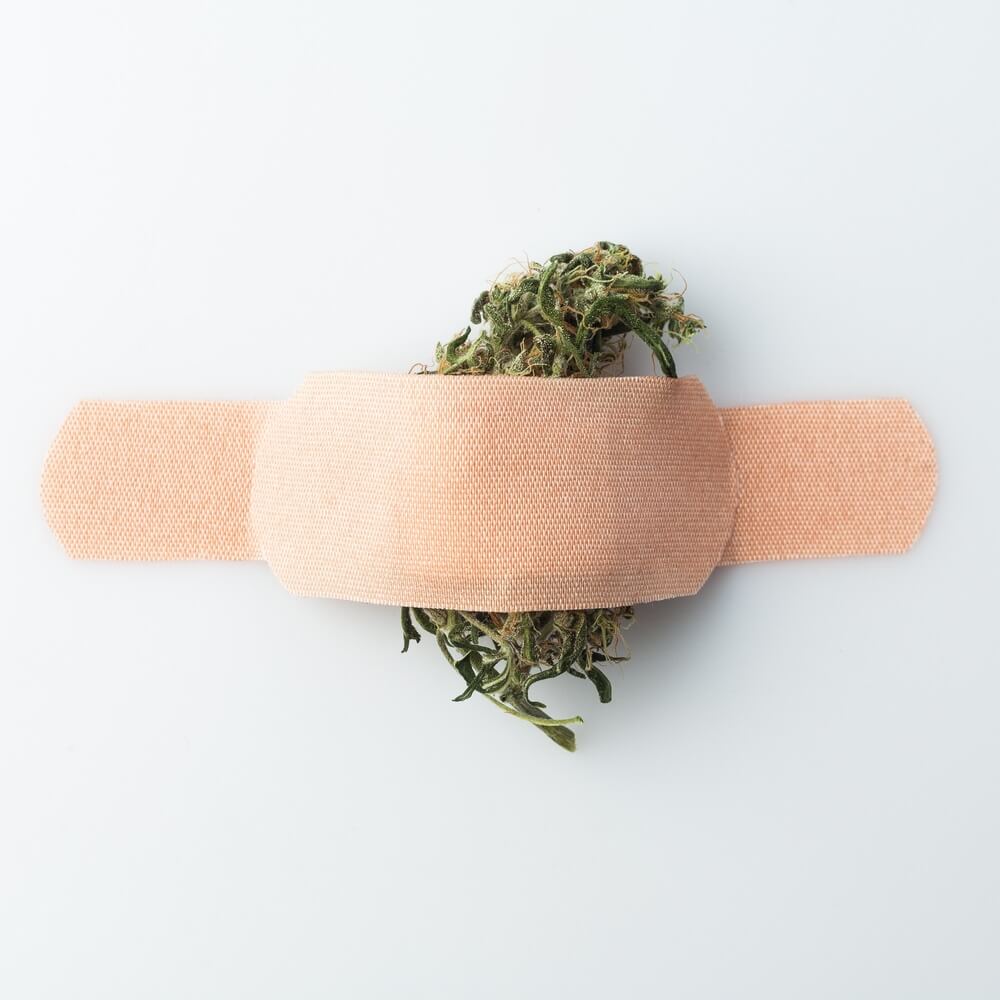 THC Patch: Is it Effective in Treating Pain?

Cannabis usage is growing in popularity and acceptance at an exponential rate as more states in the US review the plant’s legal status. Ever before the plant’s criminalization in the 1970s, several studies and anecdotal evidence have proven the many different health benefits that it can offer. Nowadays, newer strains and ingestion methods continue to emerge offering targeted relief to cannabis patients struggling with a variety of medical conditions. From gel capsules to vape bags to cartridge pens, companies are becoming more and more innovative in their options to provide an even more effective means of administering THC and other cannabinoids to patients. One of the newer inventions is the THC Patch.

What is a THC Patch?

Put simply, the THC Patch allows a cannabis medical patient to enjoy the THC’s medicinal effects via skin to patch contact. It is one of the many different types of self-adhesive transdermal patches that release the intended dosage of cannabinoids directly into your bloodstream over time. These patches function like nicotine and birth control patches. Due to their high rate of absorption into the bloodstream, cannabinoid patches, in general, are considered one of the better methods of delivering the highest amount of cannabinoids and terpenes to the body.

These cannabis patches may be relatively new in the cannabis community, but the technology has been around for over 40 years. The first known patch was an approved scopolamine patch intended to alleviate symptoms of motion sickness or nausea. Other patches followed shortly thereafter. Perhaps the most popular transdermal patch is the 1991 nicotine patch, which was created and introduced to the public to help tobacco users kick the habit.

When the legalization of marijuana, both for recreational and medicinal use, started in the early 21st century, companies also began introducing their versions of these patches to the public. The patches were designed to pass the needed cannabinoids directly into our bloodstream through our skin, which then allows the compounds to reach our endocannabinoid system where they bind with the receptors to produce several therapeutic effects. Our skin, however, is very effective at keeping out toxins and contaminants, and these include the cannabinoids from these patches. That is why often the patches use a technology called permeation enhancers to modify the barrier properties of the skin and give the cannabinoids an extra push they need to enter through our skin.

So, are these patches effective in treating pain as prescription medications? In this article, we will look into the different advantages or benefits of the THC patch over other ingestion methods.

What are the Benefits of a THC Patch?

Studies have found that these patches can get at least 50% of the cannabinoid applied to the skin into the bloodstream, even without the use of permeation enhancers. This percentage is a lot higher than when ingesting cannabis edibles, where the compounds have to pass through our entire digestion process until, ultimately, only about 5% of the cannabinoids end up connecting with the receptors in our endocannabinoid system. A THC patch can skirt around these processes by delivering the cannabinoids directly to the bloodstream, resulting in minimal compound loss along the way.

This is perhaps one of the biggest benefits of a THC Patch. These flesh-colored, 2×2” square patches offer a more discreet, no-frills way of ingesting cannabis as compared to carrying around your bag of weed or bottle of cannabis capsules and finding time and place to dose on them. Instead, you can simply patch these versatile adhesives to any venous part of the skin, like the ankle, inside of the wrist, or the arm, hide it under your clothing out of sight and enjoy an all-day or all-night relief for various chronic ailments.

Beyond efficacy and discretion, another major advantage of a THC patch is its ability to deliver controlled, accurate, and systematic dosing as it releases the cannabinoids into your body over several hours rather than all at once. This is in stark contrast to other delivery methods, like smoking or vaping, which often results in a faster peak but also a quicker tape off.

Once the patch is applied to your skin, your body heat activates the patch, allowing small amounts of cannabinoids to begin spreading through your skin at specific doses and timeframes. As the drug moves further into your skin, it is absorbed into your bloodstream, and then directly transported to the different receptors in your brain and throughout your body. Manufacturers have formulated the patches to fit a wide variety of clinical and therapeutic needs. As such, this is also great news for patients who need the THC compound’s medicinal benefits but do not want the intense psychoactive high that the chemical is known for.

As mentioned, THC patches are just one type of the many different cannabis-derived transdermal patches. So far, there are CBD patches, the elusive CBN patches, THC Indica patches, THC Sativa patches, among the many isolated cannabinoid profile patches. There are also equal ratio patches, like the 1:1 cannabis patch, which offers an equal dosage of CBD and THC. Unlike smoking a joint, where you get the entire mix of different cannabinoids and terpenes found in the plant, with a cannabis patch, you are sure to only get the specific cannabinoid profile. So with a THC patch, you will be able to enjoy stronger THC effects. These effects include chronic pain and inflammation relief, stimulated appetite, reduced nausea, and alleviation of PTSD symptoms.

A THC patch, along with other cannabis transdermal patches, may be the treatment method of the future. As it is seen today, these small patches not only treat several symptoms more effectively, they also result in a quicker absorption rate, use a controlled-release method, and bypass the lungs and the liver, thereby preventing different pharmacological side effects.