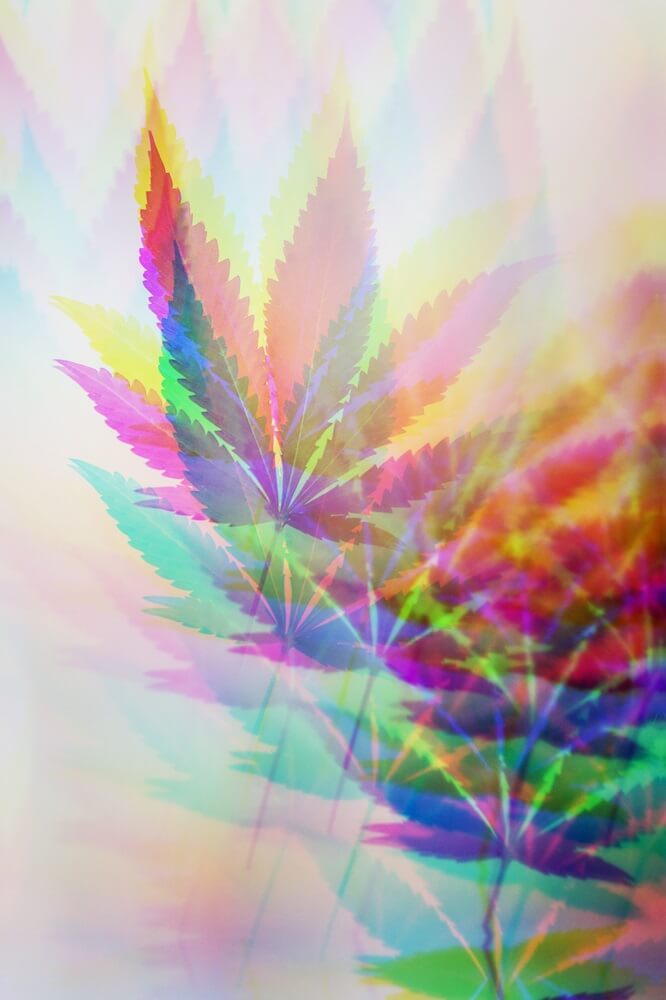 Weed is made with shredded parts of the cannabis plants, from the leaves, buds, and flowers. There are a lot of ways to consume Weed, from smoking, ingesting, and many more. For people, using Weed gives you psychoactive effects that are similar to hallucinations. However, does Weed make you hallucinate? We’ll soon find out.

Different ways of consuming Weed affect each people differently. There are ongoing issues about how marijuana affects the body. Various people report having physical and psychological effects that either has positive effects. To understand more about cannabis’ effects, read further.

What’s the Fuss all about Weed and Hallucinations?

Cannabis as a drug has long since been used way back thousands of years. Inevitably, humans were only starting to write down their observations of their world. By this, Cannabis ended being a hot topic. The drug has long been used for ceremonial rites, medications, and other religious rights.

Later on, the idea of Cannabis causing hallucinations to people became a topic of debate. According to this kind of “thinking,” Cannabis can make people dance with jazz, having sex with people of another color, and many more. This is why people have come to the idea that Cannabis can induce hallucinations.

That association, sadly, remains relevant up to this very day. Luckily, science can provide a better explanation rather than relying on old wives’ tales.

Tetrahydrocannabinol: The thought-provoking compound in Cannabis

Tetrahydrocannabinol, or commonly known as THC, is the active compound present in a cannabis plant. It is the primary compound for inducing what they call ‘high.’ This particular compound binds itself with our CB1 receptors – which are responsible for the release of dopamine. Dopamine is a hormone that is famous for being a “feel-good-neurotransmitter’ because they are the ones making us feel all these things, mostly pleasure.

From reading it, THC couldn’t be responsible for inducing hallucinations among users, right? That’s only a half-truth statement considering how THC affects our mind, when, in fact, it only affects our instilled emotions.

Another role of THC in our mind is interfering with information that is being processed inside the hippocampus – the part of our brain, which mainly works for memories and emotions. This means that when THC binds itself with our CB1 receptors, dopamine is released and eventually intervenes with our hippocampus; the connection that is doubled up can indeed bring out hallucinations; however – the chances are at a minimum.

Also, it’s not the only side effect when using THC, because it also induces the struggle of recalling short-term memories, increase in tachycardia and anxiety,

Hallucinations are experienced from a sensory standpoint that appears real but were only created by your mind. They can affect all your senses. For example, you might be touching someone who isn’t there, you might be hearing voices, but no one’s in the room. However, this doesn’t necessarily mean that the person is aware that he is hallucinating, or started, or ends.

Hallucinations happen when the brain fails to process information. Certain conditions, such as schizophrenia and psychosis, individuals suffering from these conditions, believe that certain things are real, or ideas appear because the brain’s activity is faulty.

However, hallucinations caused by drugs are different. For beginners, the effects caused by hallucinogens lasts only for as long as the drug remains in the user’s body. Does weed make you hallucinate? Read further.

Having a pure hallucination from ingesting a whole cannabis plant is rare in the literature. In a 1986 assessment, it found that people with pre-existing mental conditions, such as bipolar disease, schizophrenia, or depression, could experience hallucinations with Cannabis. That author also noted that heavy cannabis users in Jamaica stated auditory hallucinations; however – there was any essential information showing their previous mental state.

A clinical trial conducted in 2018, tried to calculate hallucinogenic experiences by providing participants with a history of psychiatric conditions, by giving hallucinogenic substances such as psilocybin, extracts of Salvia divinorum, and dextromethorphan. Each of these caused hallucination among participants in different mechanistic pathways and were compared to cannabis consumption. Although some participants reported having strong psychoactive effects, the authors believed that these weren’t pure hallucinations compared to the drugs that were trialed.

Furthermore, the authors concluded that cannabinoids and terpenes found in the cannabis plant don’t activate the 5HT-2A, k-opioid, or NMDA receptors in the brain, as compared to the hallucinogenic drugs.

Certainly, according to most studies available, hallucinations from consuming the entire cannabis plant by smoke or ingestion is extremely rare among individuals that have no history of having mental conditions.

Studies that used manufactured THC rather than the whole cannabis plant have obtained vastly different results, with much more diversified between the experiences. According to the information, there are numerous accounts oh psychotic instances associated with consuming pure THC.

A 2005 study, showed two out of the 22 patients involved with the use of synthetic THC dronabinol, experienced extreme and severe psychotic episodes, including depression, anxiety, delusion, and the inability to perform psychometric examinations. However, it is hard to draw any conclusive answer from this study because of the small sample size.

In addition, complications might be the other cause of inducing hallucinogenic reactions because of underlying psychiatric conditions. More research needs to be done using different kinds of methods to have a conclusive answer.

So, does Weed make you Hallucinate?

However, caution must still be administered regarding the consumption of synthetic or pure THC, which without it’s “entourage” compounds, can cause unpleasant, uncomfortable, and psychotic states. It is also vital for people having a history of mental conditions to practice the utmost care when consuming Weed.

Hallucinations and effects of weeds are quite similar, to say the least. It is the reason why most people consider Cannabis’s results as “hallucinating.” However, as stated and discussed above if does Weed make you hallucinate, there’s a minimal chance for you get hallucinated if you are healthy and with no history of any mental health conditions

The association of Weed and hallucination is still a topic of hot debate even up to this very day. More conclusive research is still needed, whether if consuming Weed does induce hallucinogenic experiences. Lastly, always remember the effects when consuming them in large doses; this is to keep you from having unpleasant and adverse experiences.