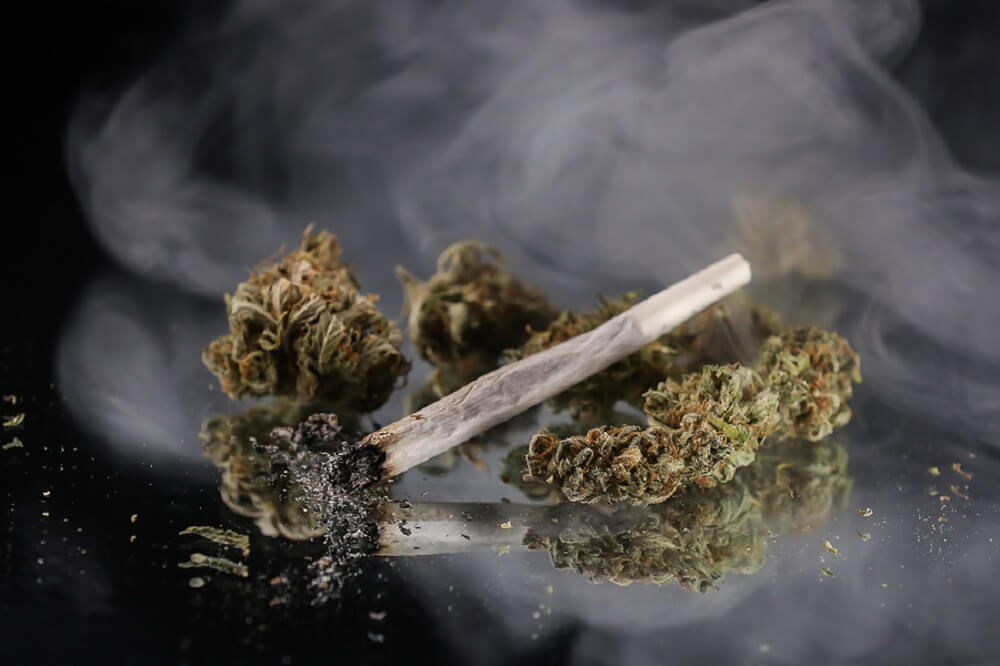 It’s normal for a person to feel anxiety. But if it becomes overwhelming and it doesn’t disappear, it is a mental issue that you have to address. It is a disorder that can move you to take antidepressants and join therapeutic sessions. However, it shows that it doesn’t work for everyone.

The number of medical marijuana patients grows as the plant can handle various health conditions, including anxiety disorder. Experts have chosen the best strains for anxiety based on cannabinoid and terpene content. These are the things that cause all the health benefits weed provides.

Functions of Cannabinoids and Terpenes

There are 113 cannabinoids that are naturally produced by Cannabis plants. They are all identified, and their medical uses are discovered by experts. There’s even a collection of empirical pieces of evidence attested by the users.

It’s a basic dynamic that can be linked to supplement for deficiencies or a plant-based medication that is created for damages in the body. The medical benefits of marijuana have been recognized since the 1960s. It is all because of the cannabinoids present in the plant.

The main cannabinoids in Cannabis are THC and CBD. THC is the one that can make the consumers high and know euphoria. It can cause a person to stay alert too. CBD is similar to an herbal supplement. It has a healthy molecule that doesn’t create any psychoactive effect.

If you’re curious about a strain’s smell and flavor, you have to check their terpene profile. It is a group of 20, 000 molecules that are sometimes called terpenoids and monoterpenes. Only 200 types are found in weed based on expert’s record.

Terpene brings a lot of medical abilities. It can be found in Cannabis as well as other plants. For instance, the terpene called linalool is present in many different strains. You can also find it lavender, lilac, and some varieties of mint and herbs.

Before you smoke weed, there’s about 10 to 20 percent of terpenes in the buds. When combustion takes place, 10 to 30 percent of it comes from terpenes.

The main medical benefits you can get from terpene are its capability to combat anxiety, pain, and inflammation. It has a role in modifying the effects of different strains.

What is Entourage Effect for Anxiety

Experts discovered that when cannabinoids and terpenes are combined, there’s a dynamic outcome, which is called the entourage effect. The efficacy will differ based on the number of cannabinoids or terpene found in a certain variety.

For example, a terpene called pinene can reduce the impairment of cognition of memory, which can be caused by THC. There are many combinations of cannabinoids and terpenes, so the use of medical marijuana also expands.

Knowing the Best Strains for Anxiety, is it Indica or Sativa?

Experts stated that the best strains for anxiety are based on a person’s sensitivity and personal tolerance. A low dose is enough to manage anxiety, while a high dose would make it worse. So it’s best that you start with a low dose as you may exacerbate the symptoms. It’s most applicable for beginners or those who haven’t established their tolerance yet.

It’s preferable to consume strains with low THC content. You need to pacify the symptoms instead of awakening them.

Marijuana dispensaries classify marijuana as Sativa, Indica, and hybrid. The classifications will guide you in determining the effects of a certain variety. Indica is known to have low THC content. It highlights the sedation that brings relaxation and calmness. On the other hand, Sativa mostly contains a high level of THC for stimulating and energizing effects.

But with multiple crossing, hybrid strains came to existence. Consequently, you can’t rely on variety when choosing the right weed to combat anxiety. You would rather be wise by checking your personal tolerance and concentration of THC and CBD as a basis.

THC gives psychoactive and mind-altering effects. CBD gives a different effect as it is on the therapeutic side, so it’s great for anxiety.

CBD has shown to be effective in calming the nervous system in several clinical trials. But Cannabis can trigger different reactions from individuals. Luckily, reliable products have uncovered specifications for you to know the content of CBD and THC.

Another thing you have to check on the strain’s profile is a terpene that works with cannabinoids. They may both intensify or deduce some effects.

Get to Know the Best Strains for Anxiety

It is one of the popular strains for anxiety, and it is known as a celebrity strain all over the world. It is has a deep purple hue that fathered many strains. It was born through the combination of Big Bud and Purple Urkle. It is quite potent due to 20% THC. But it has the effects that both handle body and mind.

It promotes sedation, so it eliminates pain, relaxes the muscles, and calms racing thoughts. Consumers usually have it before bedtime to give them a good night’s sleep. Thus, it’s a cure for insomnia. This function expands to treat anxiety, depression, and fatigue.

It has 20% THC with genetics derived from Afghani Indica, Cambodian Sativa, and Jamaican landrace. It’s one popular strain that is known around the world. It can give you a cerebral high, but it’s on the mellow side, so it won’t keep you awake.

Amnesia Haze showed its efficacy in treating anxiety and depression. It has a recognizable citrus aroma as it contains limonene, which is also found in lemon peel. This terpene is known as a mood enhancer. It is a citrus fragrance that can make hormone level normal. So it can uplift a patient’s mood and take them apart from anxiety and depression. It’s way better than antidepressants.

It’s not only tasty, but it is acknowledged as one of the best strains for anxiety. It entices you with its earthy aroma with some hints of cloves and cocoa. It was created from an Indica, so it has intense sedative effects. The couch-lock effect is irresistible while it calms any restless thoughts.

It has 20% THC and 0.6% CBD, but the thing you have to take note of on its profile is a large amount of terpene. It contains a lot of myrcene and caryophyllene. Myrcene is known to induce sleep and relax the muscles. Caryophyllene can alleviate anxiety and ease out the pain.

It is a Sativa dominant strain, but with various genetics, it has both Sativa and Indica traits. It unveiled its function as a steady supplier of endorphins. So it can give your body an overall calming effect.

It is a balanced strain and a 1:1 ratio of CBD to THC. It’s THC doesn’t go over 7%, while CBD goes around 6% to 17%. The result in a study says that strains with low THC can rebalance neurotransmitters found in the limbic system, which directs emotions. So the cannabinoid content is ideal for erasing any threat of paranoia for people who suffer from anxiety.

It is another superstar in the marijuana world. It gained popularity because it brings euphoria to its users. But it is also known to treat anxiety, insomnia, and pain. It’s 90% Indica and 10% Sativa.

Aside from its specifications, you are assured that it can readily treat anxiety. It has a tranquilizing and couch lock effect to start with. It blocks synaptic transmissions to the whole body. Therefore, it can suppress racy thoughts and relax muscles.

It has an aroma of pine and wood. These kinds of terpene provide calming and soothing effects. It also counteracts any adverse psychological impact.

You now have an idea about the best strains for anxiety. With the proper guidance from your physician, you can reap the health benefits from marijuana. Finding the right strain to combat your anxiety needs trial and error. So you would need advice from the experts.

Find the right strain for your anxiety issue here at Mary Jane’s Garden.