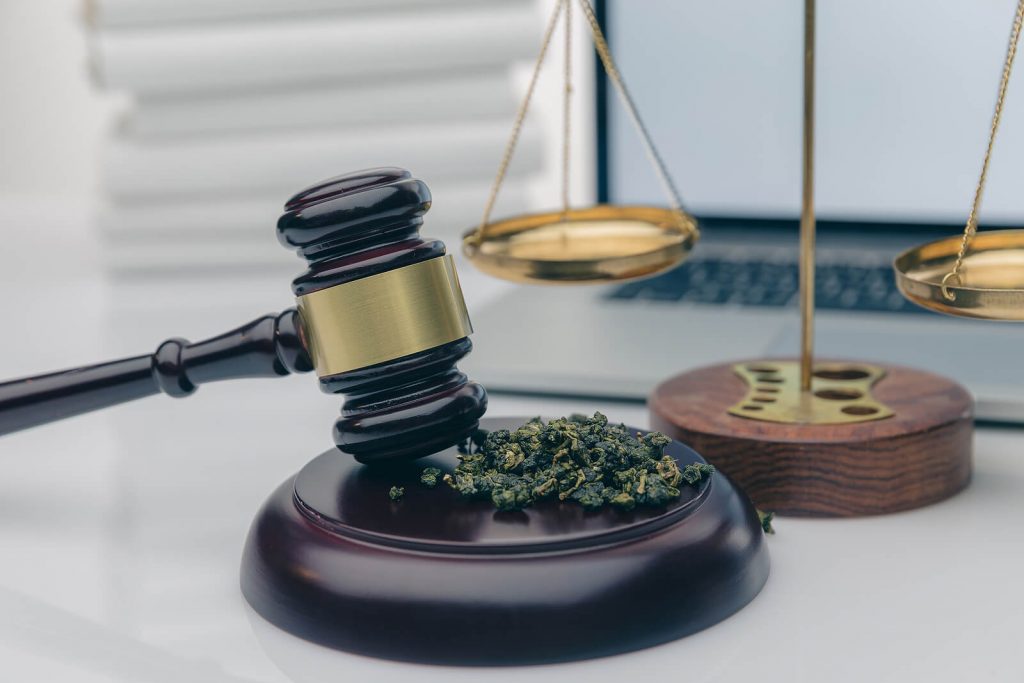 What are the Benefits of Legalizing Weed?

According to a 2019 poll, at least 52% of American adults have smoked marijuana at some point in their lives. Marijuana, also called weed, has been used in many different ways for centuries – as an herb, a medicine, and as a recreational drug. While the sale, possession, and use of this drug have been criminalized for many decades, there are now a number of states that have legalized it for medicinal and recreational use. And more and more states are moving to legalize the drug. So, are there really benefits of legalizing weed? In this article, we will understand what the impact of adapting to these changes is.

The recreational use of marijuana was thought to be introduced to the United States in the early 20th century by immigrants from Mexico just after the Mexican Revolution. Unsurprisingly, the new Americans brought with them their culture and customs. And one of these customs was the use of the cannabis plant as medicine.

Unsurprisingly as well, the immigrants were greeted with fear and prejudices. Many historians claim that marijuana was initially demonized as an effort to control and keep tabs on the new citizens. The idea behind the criminalization of marijuana was to have an excuse to search, detain, or deport the immigrants. Officers of the law claimed that the production and distribution of the herb incited hostility, violence, and crime. By 1937, the Marijuana Tax Act effectively banned the use of marijuana and its sales. This is despite the fact that the American Medical Association held nation-wide objections as they see the medical benefits of the herb. By the 1970s, this Act was later replaced by the Controlled Substances Act, which also placed marijuana in the most restrictive category as a Schedule I drug.

California became the first state to legalize the use of marijuana for medical purposes in 1996. This move sparked a trend that spread to the majority of the states, and by the end of 2012, recreational marijuana was legalized in the states of Colorado and Washington. It’s only been a couple of years, but the impact of the legalization has been tremendous.

States that have taken steps to lift the criminalization of marijuana sales and use in both medical and recreational use have benefited from the decision. Below are some of the most common arguments used to support the legalization of weed.

Perhaps one of the biggest benefits of legalizing weed is the increased tax revenue. Contrary to what many believed in, there is enormous money associated with the taxing of Marijuana. In fact, in 2016 alone, when the state of Colorado legalized the recreational use of weed, they were able to collect buoyant tax revenues of more than $302 million. To illustrate the point, legal sales of cannabis products amounted to over $1.7 billion that year. According to a report from Arcview Market Research and BDS Analytics, sales are projected to reach at least $31.1 billion by 2024. Several other surveys and research support this forecast. The tax revenue collected from the legalization of weed is simply staggering.

Another economic benefit of legalizing weed is job growth and higher income opportunities. With the influx of nurseries and dispensaries in the states that voted in favor of medical marijuana, people are not only enjoying the benefits of more job opportunities, but this legal position has also set the ball rolling for economic activity. A 2016 study conducted by the RCG Economics and Marijuana Policy Group revealed that the decriminalization of recreational marijuana in California opened up over 120,000 direct and indirect jobs with over $1.5 billion in generated labor income. Another report predicted that should the legalization of the drug continue until it reaches nationwide support, the marijuana industry could generate at least a million jobs by 2025. These opportunities would include workers that would take care of farming, processing, distributing, and selling marijuana-based products. Furthermore, there will also be a lot of opportunities for industries that are not directly involved in the drug’s production and distribution. This includes construction companies, software developers, financing services, and several more.

The increasing number of states legalizing marijuana has resulted in improved quality and safety control measures for cannabis products. Often times, the testing part in the cultivation and ownership of dispensaries gets overlooked when the businesses were operating in the dark or in the black market. There was no real way for end-users to know exactly what they are getting when they purchase weed off the street. Case in point, recent reports have been brought to light about marijuana being laced with fentanyl, a narcotic that is a hundred times more potent than morphine. As little as 2 mg of this substance can be fatal.

The move to legalize marijuana immediately fixes this concern as the companies will now be required to create a set of standards for quality and safety control. The improved measures not only benefit the end-users, but this also translates into a lesser burden on the medical system as the risks associated with dosing on unknown substances are greatly reduced.

Availability of Marijuana as Medicine

Several studies have supported the ‘benefits of medical marijuana for patients suffering from a number of diseases and ailments. Medical marijuana refers to the use of the whole, the unprocessed cannabis plant, or its extracts for the use of treating illnesses. While the FDA has not recognized the plant as medicine, anecdotal evidence has proven that it can treat a host of conditions, including glaucoma, epilepsy, cancer, PTSD (post-traumatic stress disorder), chronic pain, anxiety, depression, seizures, high blood sugar, psoriasis, and many more. With a long list of diseases that could be treated, making medical marijuana available legally would mean a big improvement in public health. This would also mean less burden on the country’s healthcare system.

Marijuana’s medicinal benefits have been known since ancient times. Documented pieces of evidence show that people could actually buy cannabis extracts from doctor’s offices or pharmacies to treat certain ailments. And modern research has backed up the claims that the drug has real medical benefits. As ‘more and more states are making a move to legalize marijuana in one form or the other, many people are still scratching their heads and asking, are there real benefits of legalizing weed? If so, what are these benefits?

We are providing seeds at marijuana seeds.