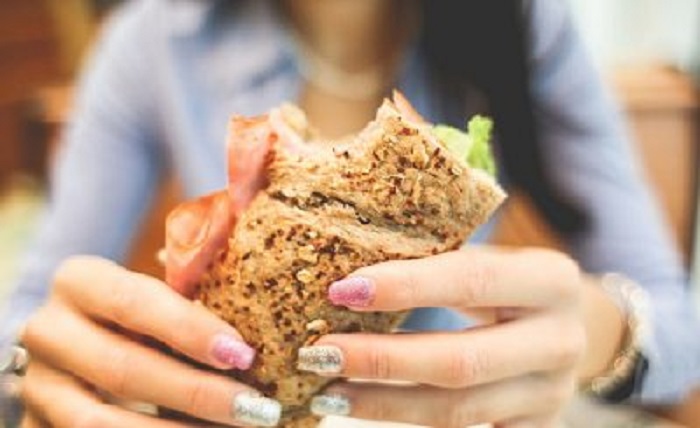 Why Does Weed Make You Hungry: Guide for Stoners

Have you tried taking weed? What are the effects it brings? Does it make you hungry? In taking weed, there are some effects that cannabis users may experience. The effects will be depending on how the weed is being taken. It is possible for you to feel hungry.

In this article, you will be able to know and understand as to “why does weed make you hungry. “ This is also a perfect way to get answers if you are wondering about the hunger effect that the weed may bring you and the reason for it.

If you have used marijuana for a long time, you are surely familiar with the aftereffect you get after taking it. However, you may be wondering and you might not have an idea as to why it makes you hungry and what causes the effects you experience every time you use cannabis. Then, this article is a perfect article for you.

Why Does Weed Make You Hungry? Brief Descriptions and Details

Some of the scientists do not have any ideas about the reason for the body’s regulation that can cause hunger, but some studies can explain the process of hunger. The process of being hungry can be changed and it would depend on the senses of the body, whether there is reduced stored energy or excess of stored energy.

When it comes to deficiency, the person’s GI tract will release a hormone which is called ghrelin. This one can cause the hypothalamus of the brain stimulation as well as it will increase the feeling of being hungry. It will make an impact on the VTA part of your brain, which is also called the Ventral Tegmental Area which is good for releasing the compound dopamine.

The excess of energy will make the cells of your body fat which will release a different hormone which is the leptin and the hypothalamus will be stimulated. This is the reason for getting the feeling of being hungry. Aside from that, it will affect the release of dopamine as well as the VTA. Leptin neutralizes the anandamide effects which will bind with the similar receptors that serve as THC.

You might have an idea of what THC means. It is the marijuana cannabinoid that has the purpose of giving marijuana users the high they want. Hence, if your body produces lesser leptin, it makes you hungrier. These are the reasons of “why does weed make you hungry.”

You will think of being hungry

The compound responsible for getting the feeling of being hungry is the THC. The target of this compound is the part of your brain wherein the sense of smell and taste reside. This is the reason why it plays an important role in a person’s appetite.

Other studies found out how the compound THC can trick the person’s mind. The person who consumes marijuana would think of being hungry even if you have already eaten a lot. The neurons will control the hypothalamus and it would make you think that you are hungry, instead of making chemicals that would make you think you are full.

The Sense of Smell

When a marijuana user consumes weed, the high they get from consuming it will make their sense of smell increased and it means the taste of the food will be better. Chewing will make the air go through the passages part of the nasal and through this, the person will be able to smell the flavors of the food which will result in a feeling of being hungry.

Another reason is that the person’s body would think about being hungry. You will be looking for food with calories that are high in ensuring of getting enough energy. The THC compound in marijuana will increase your probability of being hungry through the receptors.

Due to the effect of getting hungry in using weed, it becomes a very good remedy for those marijuana patients who are suffering from a lack of appetite. Many marijuana users rely on the usage of weed in alleviating problems with their appetite.

You should also be aware that not all people will be able to get munchies. It will also depend on the amount of the receptors both the cannabinoid and endocannabinoid into the olfactory part of your brain and it would depend on the consumed marijuana.

There are other users and those who are new to the marijuana world are worried about getting fat due to the hungry effect it has. If you are worried that you will gain weight when you use weed, then you should not have to worry. Consuming weed will not make you gain weight, but the effect of it is the opposite. Other studies found out that marijuana users will get lots of calories but they will get a low percentage of the fats from taking marijuana.

Therefore, if you want to use weed, you should not be overthinking of getting fat. The important things that you should think of are the proper steps and ways in taking weed and you should know the possible adverse reactions that the marijuana may bring you if you consume it.

Some of the cannabis users will experience getting hungry when they consume cannabis and there is a good explanation for that. There are also some of the users who are wondering as to “why does weed make you hungry.” There are a lot of studies which were able to explain the reason for it and it was stated above. Those studies have shown the process of getting the feeling of being hungry, even if there is no specific reason as to why.

It is amazing to know more about cannabis and the effects that it brings to its users. You may be one of those cannabis users who are into researching the cause of the aftermaths you feel when you take cannabis. You must understand that due to the compounds and components involving the consumed of weed, it would lead you to the feeling of being hungry.