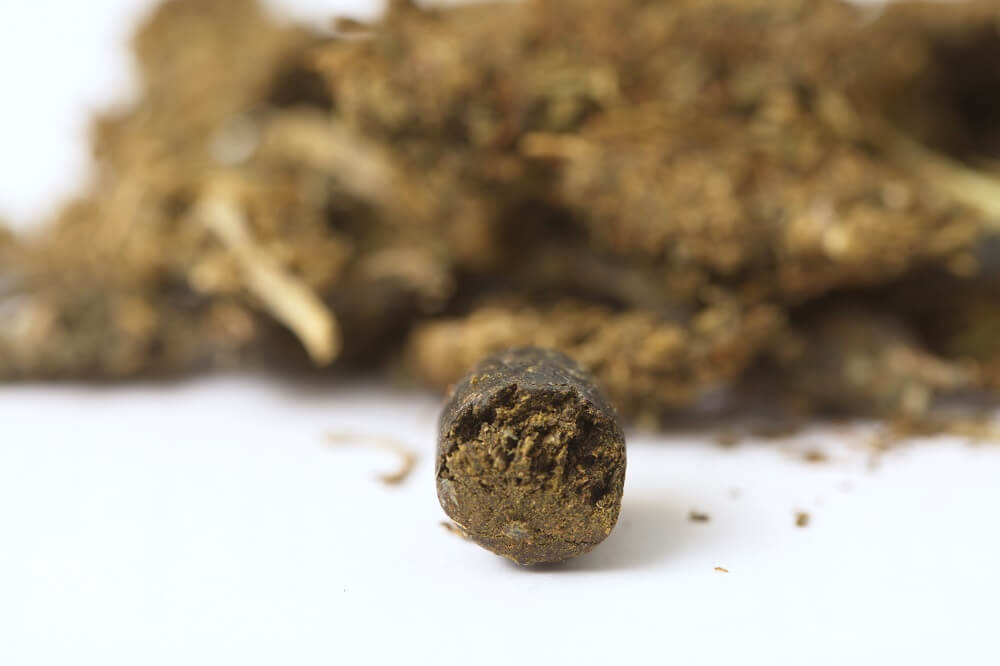 What is Charas and what are its Uses?

The industry of cannabis concentrates has been prospering. You will even see new kinds of extract like live resin and all types of BHO taking the industry by storm, providing both medicinal and recreational consumers entirely new methods to get pleasure on their bud.

However, those are all new augmentations. In this article, we aim to discuss Charas being one of the most conventional and earliest kinds of concentrated cannabis. But what is Charas?

Discovering what is Charas

What is charas? Charas is a kind of cannabis extract that is the same as hashish. It is made by hand and is perceived to come from the Asia region, particularly in Nepal, Pakistan, and India. Just like many cannabis extracts, charas is formulated by isolating trichomes from the plant matter of cannabis to create an intensely concentrated extract. Trichomes are commonly seen to create a frosty, gummy layer on flowers and, to a minimal range, leaves, and stems.

The distinction between charas and hashish is that the first is formulated from the live cuttings of cannabis, whereas the latter is formulated from dead and dried plant material. Also, charas is commonly created through a hand-rolling procedure, while hashish can be created in different ways, usually through bubbly bags, dry sifting, and more.

What are the Uses of Charas?

Charas is commonly marketed in sticks or balls and is smoked conventionally through a chillum, a unique type of pipe conventionally utilized by the Hindu monks. Throughout the sub-continent of India and other places worldwide, cannabis has portrayed a valuable role in religious and spiritual practices. In particular, charas plays a primary role in numerous Hindu practices and rituals.

During the 20th century, chillum gained prominence in western civilization because of its heavy and immediate rips. Your hands must develop into a locked prism around the pipe and a dampened Safi cloth so you can adequately draw the smoke. The lips do not come in contact with the pipe. But nowadays, they have emerged into fashionable and handy pipes and are available in any headshops.

Generally, charas is blended with tobacco and must be crushed by the hand while blending. Although charas is edible, it is suggested to go away from eating it due to the difficulty in calculating the content of THC.

Cannabis enthusiasts will surely search for the perfect variations of charas if given the opportunity. Worldwide, two of the best-rated types of charas are Kerala Gold and Malana Cream. It also explains why they are the most extravagant cannabis resin that is marketed.

One of the reasons that make charas unique, especially the Malana Cream, is that it is formulated from various phenotypes of cannabis. In such a similar manner that fruit salad is a lot more enticing and fun than any single fruit used in it, charas has coatings of effect and flavor that differ from tola to tola yet are always extraordinary.

Kerala Gold is also called Neela Chadayan, Mahadevan, and Idukki Gold. It directs to a cannabis strain rising from Idukki in Kerala state in Southern India. This compelling strain draws its inception in the 1980s from which the migration delivered different strains to this place bounding Tamil Nadu.

This type of marijuana plant – partially foreign and partially native – began prospering in this optimal climate and fruitful land. It became popular because of its potent resin. Also, it has a somewhat strong Skunk scent pleasantly integrated with an earthy hint.

Nevertheless, Kerala Gold is vanishing today, mainly because of the police raids done on both borders. Inhabitants have begun relocating from their horticulture. After the extermination of the fields, they attempted to grow other plants. Unfortunately, the latter produced a more substandard quality. This variation is called Sheelavathi but occasionally crookedly sold as Kerala Gold.

Malana Cream is the most strongly desired marijuana concentrate in the world. Rising from the remote village of Malana located in Parvati Valley, India, this cream is considered as a highly untainted hash-kind concentrate. Ever since the inhabitants have been growing marijuana as a fat of the land and the village has been the best destination for pleasurable drug tourism.

Malana Cream is thought-out to be one of a kind since its antique varieties cultivated in the region are instinctively high-resin products. Furthermore, the windy and cold weather also makes the plants to prosper stronger. Derivations are hence a lot more potent. Some arguments assert that Malana Cream has THC levels that range from 32 to 42 percent that is exceptionally high when contrasted to a typical cannabis plant that has a THC content of around 7 percent.

The value of Malana Cream is also determined by the high oil level and its comprehensive fragrant aroma. Different from other varieties, Malana Cream is believed to never affect the throat.

How Charas are made?

Nonetheless, authors Friedrich August Fluckiger and Daniel Hanbury did not consider charas as a curative substance. They say that the use of charas is properly ruled out from refined medicine. But despite their denunciation, they managed to share inputs on how charas are made.

Right after harvesting, some leaves undergo trimming. However, a big part of the stem is kept attached. It leads to easier handling. The following step is considered crucial and that is rubbing.

Charas is made by scrubbing the top plants with hands once the seeds are already ripe, and grating from the fingers the attaching resin. This procedure is still being used up to these days.

Another method used to make charas is illustrated in ‘Pharmacographia’. It embroils men costumed in leather walking around the cannabis plants to make the resin attach to their clothing from which it is a now and then scraped off.

Handmade charas is quite an exhausting process. It consumes around 8 hours to make around 7 to 8 grams. Nevertheless, the slower the pace taken in rubbing, the greater quality of charas you get. Quickly, the buds will begin producing oil and tarlike leftovers. This dark substance is the charas and to collect all the produced concentrates, everything must be rubbed approach the thumb while clutching the bud properly to let go any leftovers of oils and residues. It is an easy process: buds are selected from the alive plants and the big feeder leaves are torn away.

The buds are then gently rubbed amidst the palms to make the trichomes adhere to the skin. The moment a heavy, dark, and sparkling layer of trichomes wraps the palms, the fingers are vigorously scraped through it to make it create curls. The curls can then be rolled into finger shapes or balls.

This process can be done repeatedly with a few buds and once sufficient charas is achieved, it can be shaped into braids or ropes to inhibit drying. If you obtain these kinds of buds, then you should have good reasons to make your charas.

Modern explorers have learned that the sides of the mountains where charas was originally made are still populated by people and plants that are nearly unmodified immediate descendants of people who were residing there hundreds of years ago.

What are the Strains You Can Use for Charas?

You can utilize any kind of strains to create charas. To achieve a more conventional finish product, it will be better to use an Indica strain, preferably with origins either in Pakistan, India, or any surrounding areas. Most essentially, you just have to ensure that you are engaging with an intensely sticky strain considered for bearing plenty of trichomes.

Some of the strains that can make powerful charas are the following:

It is a strong variety of kush that loads a very strong punch. This strain is very easy to cultivate and since it produces a huge resin, there is no doubt that it can make a perfect strain for homemade charas.

It is a classic strain that is loved by cannabis enthusiasts from all over the world. Bearing high yields of very potent, glacial buds, and offering a gigantic, Indica-dominant hit, this strain is 100 percent sure to make powerful charas.

Utilizing the best of a cautiously chosen group of Indica, Sativa, and ruderalis varieties, this strain displays strong lineages that create strong effects every time. Although it may not be very conventional, there is no doubt that it can make good charas.

What is Charas? A lot of people are still not aware of charas. Some of those who have an idea about charas have not tried charas yet. That is why articles like this are useful to build awareness of cannabis enthusiasts. Everyone would want to feel the creamy delightfulness of India’s most popular cannabis export.

If you are searching for a potent remedy in the array of marijuana varieties, then you should never miss the chance of trying charas. Being one of the most ancient types of cannabis concentrates, there is no doubt that it is now collecting fame all over the world.