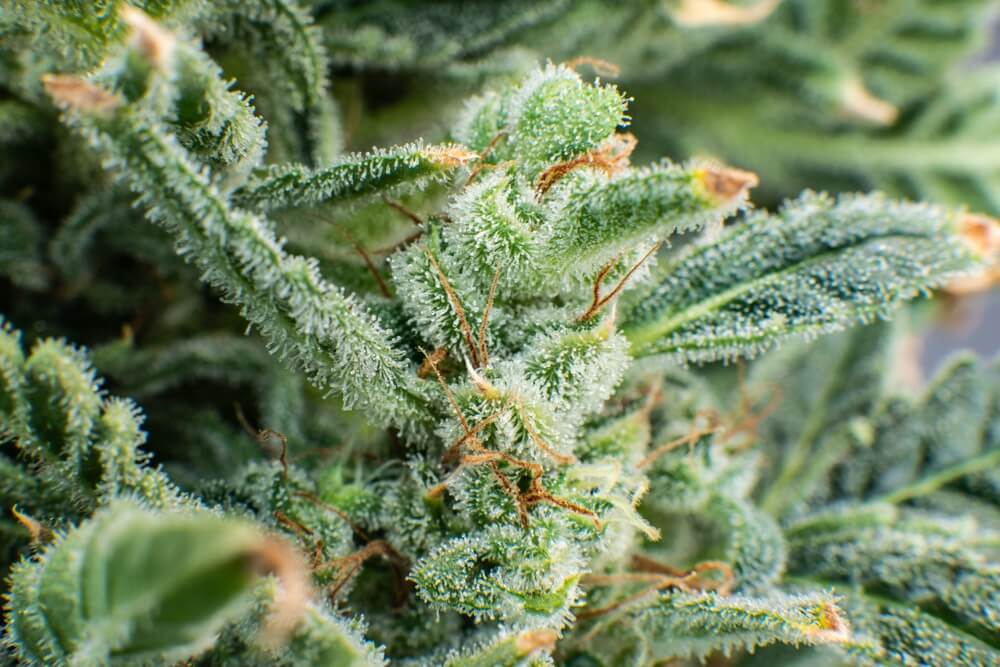 What are Trichomes: Guide to Understanding its Significance

If you take a look closely at a cannabis plant, you will notice small, crystalline hair-like appendages. These minuscule elements are called trichomes. So what are trichomes? This article will be a guide to understanding more about these tiny glands.

Trichomes are microscopic crystals that grow on the leaves and buds of cannabis plants that give them a frosty appearance. These trichomes take on various physical forms – they could be branched or star-shaped, long, or short – and also serve several different purposes but mainly they function as the plant’s defense mechanism. Trichomes may be very minuscule but these compounds contain all the compounds that make up the cannabis plant. They hold the cannabinoids that provide the plant’s benefits or properties as well as the terpenes that give the plant’s distinctive flavor and aromas.

As mentioned, this blanket of crystals come in different types and serve several purposes largely dependent on their location on the plant, including the following:

Plants have evolved a lot over time, and these include cannabis plants. These changes include developing a range of mechanisms for protection to ensure their chances of survival. Trichomes protect cannabis plants against multiple abiotic and biotic stresses. These also include protection from animals and herbivorous insects thanks to the unpleasant taste and powerful aromas that these trichomes produce. When female plants begin to produce flowers, not only do they attract insects and animals, they also become vulnerable to pathogens and harsh environmental conditions. The trichomes serve as sunscreen against damaging UV rays, damaging winds, and even fungal growth.

Trichomes found in the roots of the plants act like a sponge underground and serve the same function as root hairs. The main purpose of these trichomes is to facilitate the process of water, moisture, and nutrient mineral absorption from the soil. These structures, however, are very small with thin cell walls, and thus, are short-lived.

Another important function of trichomes is the reduction of water loss caused by evaporation. As it is well-known, water plays a crucial role in transporting important nutrients through the plant. Trichomes protect the plant tissues from damage caused by heat by trapping water vapor and increasing humidity on the surface area of the plant so that minimal water loss occurs.

Production and Storage of Cannabinoids, Terpenes, and Flavonoids

A dense quantity of trichomes in cannabis plants is a good indicator of the number of cannabinoids that the plant contains. Cannabis plants are differentiated from your typical plants due to the cannabinoids found in them. Cannabinoids are chemical compounds that provide the benefits we get from the plants, including relief from pain, anxiety, inflammation, and many others. These compounds include the well-known THC and CBD, which bind to receptor sites throughout our brain to create physical and psychological effects. Terpenes are also important especially to the medical marijuana industry as these compounds are used to create products that target specific health disorders and ailments. These same compounds are also responsible for producing a wide array of flavors and aromas produced by different cannabis strains. Lastly, flavonoids perform several crucial functions, including nitrogen fixation, cell cycle inhibition, UV filtration, and many others.

Indication of the plant’s stage of maturity

As the cannabis plant goes through different stages of growth or development, its trichomes also change in color – from a clear, translucent coloration, to amber or brown coloration, and finally to a cloudy and milky state, indicating that the trichome has reached full maturity. While trichomes should not be heavily relied on to determine the harvest schedule, many growers follow the general rule, which states that if the trichomes appear amber in color during harvest, the plants are more likely to deliver a relaxing, Indica-like body high. On the other hand, if the gardeners wait for the trichomes to turn cloudy or opaque in color, indicating that the chemical compound levels are at their highest, the cannabinoid profile will be largely cerebral and energetic. It is suggested that growers begin their harvest when half of the trichomes have reached full maturation and the cannabinoids have reached their apex.

As mentioned, trichomes come in an array of shapes, forms, and types. Each of the three major types of trichomes offers distinct purposes and characteristics, but they produce the same cannabinoids and other chemical compounds that make the cannabis plant unique.

As the name implies, these types of trichomes comprise of a short, pointed stem and a bulb-like gland head that secretes resin. This is the smallest of all trichomes and is barely visible to the human eye as they usually measure just 15 to 30 micrometers in length, making them just about the width of a human hair.

These second type of trichomes are slightly larger and more numerous than the bulbous trichomes. They are usually 25 to 100 micrometers in length, making them visible to the naked eye. They have single stalks and globular-shaped heads that secrete cannabinoids, such as THC and CBD, and other compounds. Lastly, these types of trichomes start developing before the plant starts budding.

This is the largest and most abundant glandular trichomes found in cannabis plants. They are over 100 micrometers in size. They appear during the bloom phase of the plant to form a protective layer of small leaves. They are largely involved in the synthesis and production of terpenoids, essential oils, cannabinoids, and other unique chemical compounds, making them the exact elements that cannabis growers look for when harvesting their crop of marijuana. That being said, capitate-stalked trichomes are more abundant and concentrated in female plants as compared to male cannabis plants.

Trichomes are collected and made into refined concentrates and several other cannabis-based products. However, it is important to remember that trichomes are incredibly delicate. They can easily be damaged in the presence of heat, light, oxygen, and even touch. Given the fragility of these trichomes, it is important to handle any forms of extraction method with care. Better yet, leave the process to the professionals.

As these little hair-like structures have proven, tiny is mighty when it comes to cannabis plants. So, what are trichomes? These tiny glands have some of the several most important functions in plants – they provide the healing benefits, the distinctive flavor, and fragrance, as well as the potency and quality of the cannabis plants.