Smoking hash gives an intensified effect than smoking the weed. It is because hash is more potent than weeds. Hash is made from trichomes of the marijuana plant and it is regarded as the most powerful part because of its high THC content. The effect obtained will also depend on the quality of the product. To make sure that it is a high-grade hash, try making it on your own. Smoking weed is simple but for some people, smoking hash is a bit difficult.

There are simple ways of smoking hash. Most do not involve too much hassle so you can enjoy the smoke all the time without the need of spending much on other marijuana paraphernalia.  Below are the simple ways on how to smoke hashish:

▪ Use a pipe or bong.
Some marijuana users say that using a pipe or bong will make hash wasted. However, with the use of pipes, toxins and other smoking substances commonly present in smoke are removed.

▪ Use a joint.
This is one of the quickest ways available to obtain high from the hash. You can have tobacco or marijuana buds mixed with the hash and rolled into a joint. Such mixture can be smoked like an ordinary joint with weed. 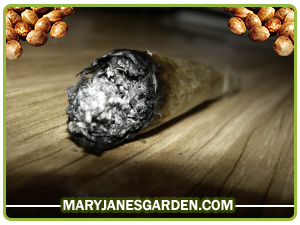 How to Smoke Hash?

▪ Use hot knives.
This is said to be the most efficient way of smoking hash. Two knives are needed. Heat them up using electric stove or lighter. Make sure you do not get burn when these knives are starting to get hot. When knives are in heat, put hash in between and start enjoying the smoke. When you are smoking with friends, you can let them use pen tubes or straw to have the taste of a smoke hash too.

▪ Use aluminum foil bowl.
This is a very easy way to do. You can have it yourself by using an aluminum foil shaped into a bowl. Place the hash in the aluminum foil bowl. Use a lighter to produce heat underneath the foil bowl with hash. Heat it up slowly. Using a pen tube or straw, you can slowly suck the vapors coming from the heated hash.

There are many ways how to smoke hash. You need not to spend a lot of money to enjoy the high of hash. With hash and few materials found in the home, you can already enjoy smoking. Once you get used to it, smoking hash is never difficult but a more enjoyable one.