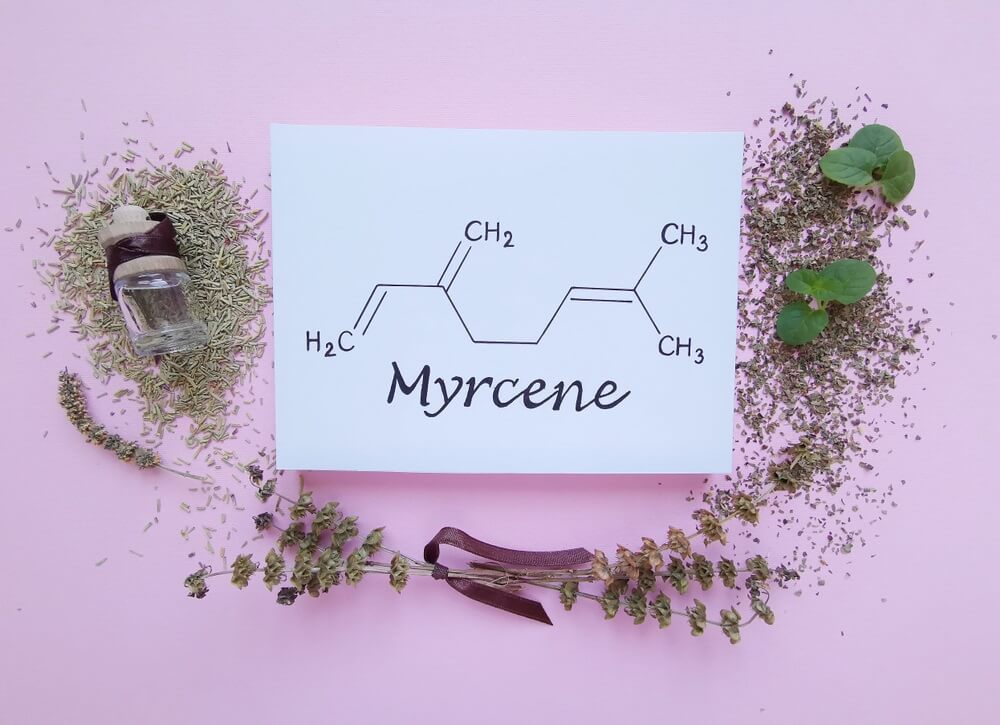 The world of cannabis is growing and ever-changing. Cannabis growers are no longer just interested in the use of marijuana for pleasure, but since science has revealed the benefits of this weed for medical use. Cannabis consumers are more knowledgeable of what cannabis is not just its uses but also what comprises these amazing plants.

By now, we are all aware of the main components of cannabis and its effects, but recent studies have been highlighting the myrcene effects, its functions, and its benefits. THC, CBD, and other compounds are very important in comprising a cannabis bud, but there is a very important component that gives cannabis its flavors and aroma, and they are called terpenes.

A cannabis plant is not just made up of a single terpene. Several terpenes give cannabis its unique flavor and aroma. These terpenes are not just limited to giving cannabis its flavors and scents, but it also has different effects in the body system.

One of the most popular terpenes known is myrcene. Read on this article as we highlight the myrcene effects and how it is very helpful to the body system.

Myrcene: What is it?

Myrcene, as mentioned, is one of the known and popular terpenes found in a cannabis plant. Myrcene is physically characterized by yellow and oily liquid. The aroma will fill the room with sweet and citrus scents that it carries to its taste.

This terpene is also found in regular plants. A low amount of myrcene is found in hops, hops, mangoes, and thyme. Because of its taste, myrcene is an ingredient to many products like food and alcohol. It serves as a great flavoring. Interestingly, myrcene also gives a beer its balsam, peppery and spicy fragrance.

In cannabis, the percentage is about 20% – 50% making it the most active terpene. The flavor and scent are dominant, thus giving cannabis a unique and distinct flavor. If you happen to have come across cannabis that has a strong spicy, peppery, and citrusy flavors, then no doubt you have come across myrcene rich strain.

Myrcene is not just a terpene that gives a cannabis plant its aroma and flavor. It is also very essential as it has many benefits to the body system. According to medical studies, here are some of the important myrcene effects on the body:

As you can see, myrcene is not just a valuable cannabis component because it provides its aroma and taste. It also has medical benefits according to medical studies conducted, subjecting the benefits that we can get from myrcene.

Myrcene gives cannabis its unique taste and flavors. It comprises a big percentage of cannabis, making it the most common type of terpene followed by another terpene called caryophyllene. The discovery of the medical benefits of myrcene can be considered as a breakthrough not just in the cannabis community but in the medical field in general because it allowed cannabis to become an effective alternative medication to some health conditions.

Strains that are rich in Myrcene

There are a hundred strains, and they are unique from each other. Though myrcene is common among most if not all in all cannabis strains, there are strains that stand out because they are rich in myrcene. The flavor, the aroma, and the effects all speak about myrcene!

Here is a list of cannabis strains which are rich in myrcene:

These strains are pretty much popular and are loved by cannabis connoisseurs. They exude great effects, flavors, and aroma. Cannabis strains that are rich in myrcene can be an Indica, Sativa, or Hybrid. It is also common to strains with a high content of THC and CBD.

Understanding myrcene effects is a great way to further expand your knowledge about cannabis. By doing so, it is not just an added knowledge to you as a consumer by knowing it will also allow you to enjoy your trip. With this additional knowledge, you’d be able to know which strain is helpful if you are suffering from a specific health condition like in the case of myrcene, diabetes, or pain-related conditions.

Myrcene affects so far, according to medical researches are very beneficial to the human system, and it seems that we are still expecting many more benefits from this terpene in days to come.