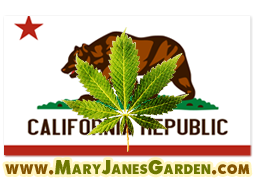 There are governments who are totally against with the legality of marijuana in their country. This is because they are so much fed up with the negative information regarding marijuana. They conceive marijuana as harmful to everyone as it is prohibited. But there are still studies conducted that marijuana are somehow beneficial in human lives.

There are also lots of testimonials regarding the power of healing that it can give to those who are facing serious health problems. Medical Marijuana is a great treatment for most medical ailments. Chronic Pain management can be difficult and frustrating but we are here to help. We offer the best stable strains for medical users. Consistent THC levels so you know how much medicine to smoke. Medical Marijuana is a doctor recommended herbal therapy, to treat pain, depression, Bi-Polar Disease, Multiple Sclerosis, treat melancholia and migraines, and as a sleeping aid, analgesic and anticonvulsant, vomiting and nausea from Chemo therapy or other nasty pharmaceuticals.

So far, the medical use of cannabis is legal only in a limited number of territories, including Canada, Belgium, Australia, the Netherlands, the United Kingdom, New Zealand, Spain, and U.S. states of California, Alaska, Hawaii, Maine, Nevada, Oregon and Washington. This usage generally requires a prescription, and distribution is usually done within a framework defined by local laws. Medical Marijuana was used as the primary pain reliever until the invention of aspirin. Who used it to treat melancholia and migraines, and as a sleeping aid, analgesic and anticonvulsant. As we understand, marijuana plants are indeed beneficial, unlike what other mostly believe that it is dangerous and not necessary in life. It’s not all about for recreational activities rather for medical purposes.

Many have testified their selves on how cannabis had made changes in their lives. California have seen the goodness of these seeds that’s why it’s not surprise that their government are open with the legality of marijuana seeds in their country. There are many kinds of cannabis seeds available in California. They produce good and satisfying plants that made their cannabis industry rising up. The cannabis have help not only their economy but also the people who needs medical help, be grateful with this blessing.