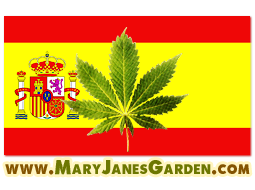 The use and possession of marijuana in Spain is illegal and the use of weed in public places is classed a misdemeanor. While trafficking marijuana is a criminal offense, being caught growing plants will mean proving that they are for personal use and not for sale, as this could result in a trafficking charge and long jail sentence. Other types of marijuana charges are not normally pursued and advocates have found other ways to help make it legal to a point to possess and use marijuana without directly fighting to change the current cannabis laws that are in effect.

There have been attempts in recent years to get around the legalization of marijuana in another way than advocating for changes in the laws and they are working. This is by attempting to extend the citizens rights in Spain and avoid trafficking charges. This is done by having associations that grow weed plants and share the harvest with each member, which is normally about 10 grams per person each week. This is well below the limit that trafficking charges would be implemented against a Spanish citizen, which means it protects the Spanish citizens that want to be able to smoke marijuana, without growing plants on their own or buying it from less reputable sources.

There is a membership fee of the marijuana the members consume, but it is organized with only members of the association, being able to obtain the cannabis. The group does not sell weed to any outsiders, which means in order to obtain the 10 grams per week the person must be a member of the group. This is different than the inter-workings of the black market and with members only receiving 10 grams trafficking charges are not a fear. The main association in Spain that is concerned with the Spanish citizen’s constitutional right to possess and smoke marijuana is Federacion de Asociaciones Cannabicas.