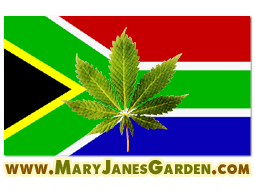 Possession and use of marijuana is illegal in South Africa, but legalization is heavily advocated, by more than one group. Some of these groups believe that marijuana should be legalized as they use it regularly in spiritual sacraments. They often advocated and receive press attention to legalize the use and possession of cannabis.  On the other side of this debate to keep the current cannabis laws in place or dagga as it is known in South Africa, is the Central Drug Authority. One of the reasons that this authority gives for not legalizing marijuana is that, while there is some proof that being used as a therapeutic remedy it is able to relieve the symptoms of some medical conditions in the United States and Canada, but they cite that it is also linked with crime and substance abuse.

There was one person that was involved in drafting the latest objection to legalization of marijuana by the Central Drug Authority that cited the legalization of dagga, with some control would have a considerable savings for law enforcement.

There are South African medical and scientific professionals that have pointed out that the current laws making marijuana illegal have failed and with the savings it could bring in law enforcement that legalization of weed should be permitted, even under a controlled environment. Advocates argue that the legalization of marijuana could help with the economy problems that every country seems to have, with the taxation of marijuana that would be sold for consumption in South Africa. They further argue that it could be regulated in a way that would make it illegal to drive while under the influence of cannabis, it would be illegal to work while under the influence and that the sales of marijuana could require a valid license.