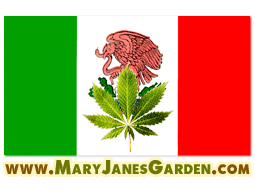 It is accepted by the authorities in Mexico for men and women to smoke cannabis for various types of medicinal purposes, and on August 21, 2009 each person’s own personal use of marijuana to smoke was also decriminalized.

The laws that are currently in place in Mexico also state that only a certain amount of weed can be in a person’s possession. As long as an individual does not have in their possession or grow large amounts of weed from marijuana seeds they buy that exceed 5 grams, it is considered to be for personal use that is allowed.

Unlike a lot of other countries, these laws make it a lot easier and safer for a person to buy or even order marijuana seeds on the Internet for growing a weed garden that they have placed outdoors or indoors at their residence. The lax manner in which the use of marijuana is viewed also means that the prices that cannabis can generally be found tend to be rather cheap.

Mexico is just one of quite a few other countries located all around the world where the personal use of weed continues to be more accepted as more time goes on.