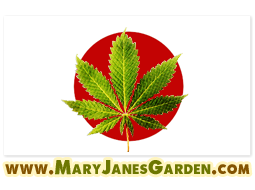 In 1948, there was a law that passed in Japan which made it illegal for any person to have marijuana in their possession or to cultivate weed. This law is referred to as the Cannabis Control Act.

Japan was not yet a sovereign country when this particular law was passed, and it is also one of the very first laws that went into effect to prohibit people from being able to grow or possess cannabis whenever and wherever they wanted.

Had it not been for the Japanese side having the ability to convince the military government that there was a huge need in Japan for allowing licensed men and women to continue being able to cultivate weed outdoors, its cultivation would have been entirely stopped all together.

Instead a system was granted that would permit any person that had a license to grow and cultivate marijuana. The amount of jobs that employ a large number of men and women farmers would have otherwise been lost had this law not passed. This would have been disastrous for numerous Japanese families. It wasn’t until the latter part of the 1960s however that this law started actually being strongly enforced.