The Use of Cannabis in Ancient Greece 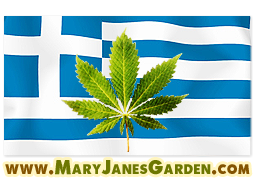 Marijuana was used not only by humans in Ancient Greece, but the cannabis plant was also used as a medication to dress sores and wounds on horses in veterinary medicine. Nose bleeds that happened in humans were treated with the use of the leaves from pot plants. When a person acquired a tapeworm, it was expelled from the use of marijuana seeds.

One of the most common uses of Ancient Greece involved the use of green marijuana seeds. They were steeped in wine or water and used as a treatment remedy when a person was afflicted with an ear ache that was due to an obstruction in the ear that caused the person to suffer from pain and inflammation. A Greek historian by the name of Herodotus of the 5th century BCE told of how Middle Eastern Scythians would use marijuana in the steam baths they would take.

Weed plants have been used all throughout history and in quite a few different cultures. Much of its use was due to the medicinal properties that the THC in cannabis contains. This is also the very reason that marijuana seeds are still used for growing weed to this day in many different countries.