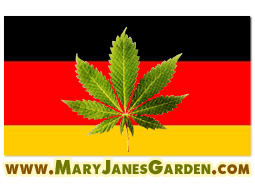 Germany: Cannabis Law and its Component

Cannabis was illegal throughout Germany until the federal constitutional court decided on 28 April 1994 that people need no longer be prosecuted for possession of soft drugs for personal use. Since then, most German regional governments have tolerated the sale and use of soft drugs. In some cities, cannabis supply is now tolerated in a similar way to the Netherlands. In other places the courts still treat possession as an offence. For example, in one state, Schleswig-Holstein, no charges are usually brought for possession of less than 30 g, but in Thuringia people are prosecuted for possessing even tiny amounts.

In March 1999, Germany’s drug tsar, Christa Nickels, said she considered it sensible to use cannabis products such as marijuana and hashish for therapeutic purposes in medicine.

Currently in Germany, smoking marijuana itself is not a crime, but growing, possessing and selling it is. The Federal Constitutional Court recommends not enforcing a penalty for possession of small amounts of cannabis for personal use, as long as the possessor is not near a school and poses no threat to the public. But Germany’s 16 states don’t have the same laws for what constitutes a “small amount” of cannabis. In Berlin it is up to 15 grams (half an ounce); in Munich it’s six grams.

Authorities in the state of Bavaria have warned of “increasing ignorance of guilt regarding cannabis consumption” and have started to crack down on smokers, so much that the German Hemp Association has made calls online for letters of protest. Raphael Gassmann, head of the German Center for Addiction Issues, isn’t sure that taking a hard line is the best approach. “Anyone who thinks hard cannabis legislation – in Germany or internationally – will lead to less consumption is, experience tells us, wrong,” said Gassmann. “In comparative law studies we haven’t once seen a serious indication that punishing cannabis consumption drastically raises or significantly lowers the practice.” Gassmann said one result of going after marijuana users is that they become criminalized.