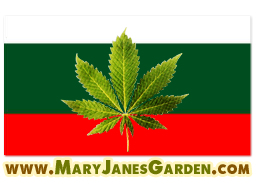 Just as you will find it to be true in just about any other country that you visit, possessing, smoking, and growing cannabis from a variety of different blends of marijuana seeds is something that is done by a large number of the residents and visitors that are vacationing in Bulgaria.

The laws that have been put in place for the citizens and visitors of this country do not allow men and women of the area to freely smoke marijuana wherever or whenever they choose to do so. The same is also true for the men and women that are into growing large amounts of weed, as this is also an act that is not allowed in this country.

However, the use of marijuana that is for an individual’s own personal use only is something that is becoming much more accepted by residents of the area, as opposed to just a few short years ago.

Even though the use of weed is clearly becoming something that appears to be more accepted not only in Bulgaria, but quite a few other countries as well, it is best to be discreet when growing weed in gardens that are placed indoors and outdoors.