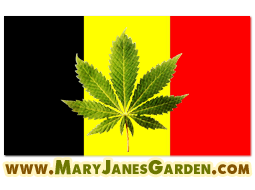 This manifestation is organized yearly since 1996 in more than 230 cities in the world, and is meant as a protest against the worldwide prohibition of the production and consumption of the cannabis plant. The Worldwide Marijuana March is not a blow in. The organizers do not call upon anyone to consume cannabis in the public space, on the contrary.

We believe the use of cannabis or any other drug, legal or illegal, is a private matter that does not need to provoke anyone. The manifestation is meant as a political and cultural statement. In between performances of poets and musicians that will inform the public on the positive applications of hemp and cannabis. The cultivation of industrial hemp could become an important perspective in the search for sustainable alternatives to fulfill our needs for energy, textile, paper, construction materials and food. From this seed a plant will grow that they are allowed to possess,

Trek UW Plant has been established to support all Belgian people who regularly use cannabis, be it for medicinal or recreational means, in growing their private cannabis plant. Trek UW Plant established a collective plantation in which every member would grow one plant. The implementation of this proposal was then blocked by the Antwerp prosecutor, and the definitive legal verdict in this case has not been produced yet. Meanwhile, the Antwerp judge has declared that the right of association is guaranteed by the Constitution and therefore, the existence of Trek UW Plant as such is not illegal at all.

On May 3 2008 some members of Trek UW Plant will each plant their own cannabis seed in a pot. These pots will not be put together in a plantation. Each of the members will keep his private pot with him, and take it home. From each private seed a private cannabis plant will grow. As tolerated by the Belgian law.