Amsterdam Marijuana Seeds – The Best of its Class 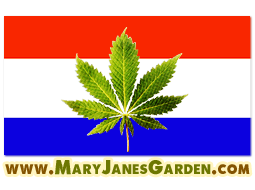 Amsterdam marijuana laws and the laws in the Netherlands as a whole are different than most other countries. Cannabis sales, possession and consumption are illegal, but tolerated. This is due to the fact that marijuana cannot be legalized anywhere within the Netherlands due to international treaties that they have signed.

Tolerance of weed is included in the appendix of the Opium Act.  What is illegal is purchasing marijuana on the streets in Amsterdam. Cannabis sales are legal within coffee shops and these coffee shops have regulations that they must follow and this includes not being within 250 meters of a school. Coffee shops that sell marijuana are banned in certain areas of Amsterdam, like the district of De Baarsjes.

Eighteen is the legal age that marijuana can be purchased in coffee shops and anyone attempting to purchase cannabis in a coffee shop will be asked to prove their age. In recent proposals as of the end of 2011 coffee shops will have to operate as private clubs that the members must prove they are Dutch residents. The members of a coffee shop are only permitted to be a member of one coffee shop and these shops are permitted to have between 1,000 and 1,500 members. This is an attempt to avoid the sale and use of marijuana by tourists.Possession of weed is limited to 5 grams per adult and if growing marijuana plants at home, the limit is five plants, by adults. Use of marijuana is not tolerated in Amsterdam by people under the age of eighteen. Outdoor use of cannabis is prohibited, but in most areas it is tolerated, as long as it is not within 250 meters of a school. This makes Amsterdam and the Netherlands the only place with extremely liberal marijuana laws and tolerance.