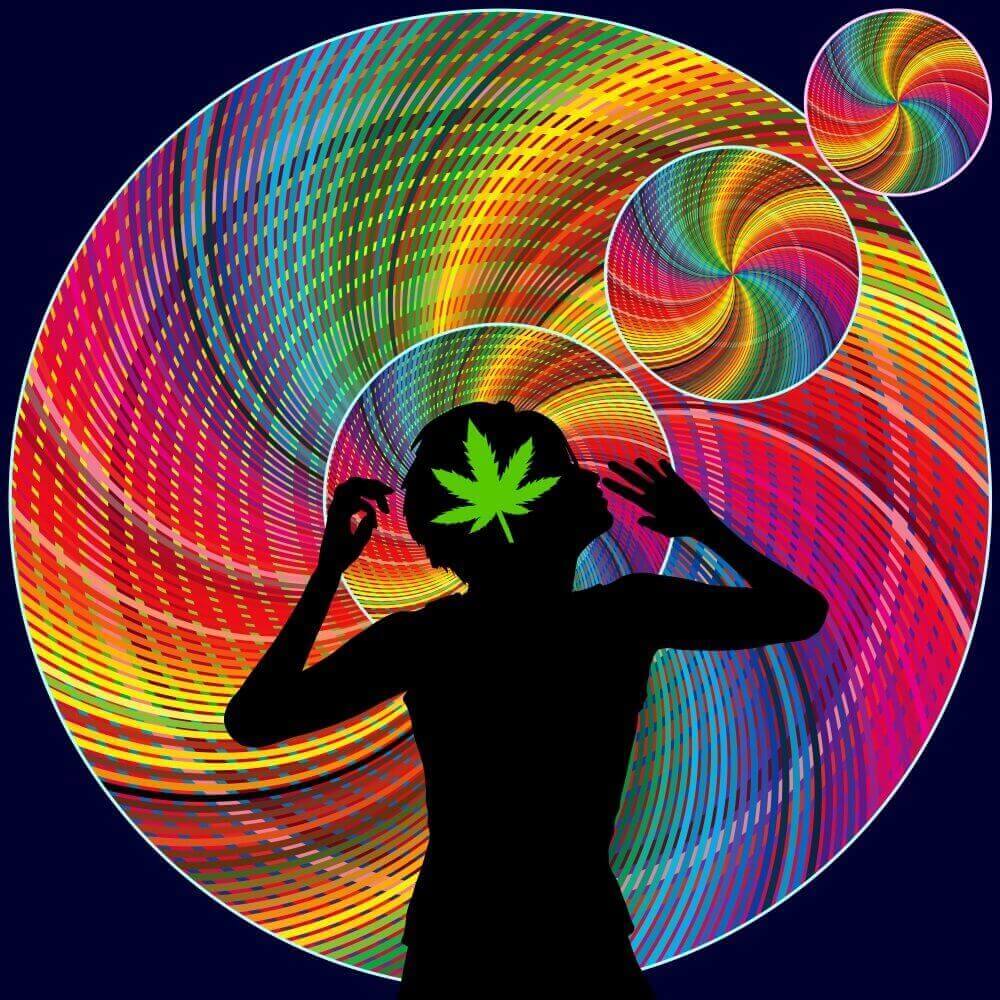 Is Weed a Psychedelic Drug: Learn What Studies Show

Have you ever questioned yourself about is weed a psychedelic? The answer to that question may not be as simple as you think, but weeds aren’t always considered psychedelics. The term ‘psychedelic’ has different variations and is not chemically connected to a part of the compound. So, is weed a psychedelic drug or not?

The National Institute on Drug Abuse or NIDA, marijuana is a part of a plant or plant of the cannabis Sativa plant; this includes any pieces that involve the plant, from leaves, flowers, buds, and stems.

Marijuana contains the compound delta-9-tetrahydrocannabinol that is classified as cannabis by drug enforcement agencies. Also, they are of different classes with THC. THC does not work like any other drug or medication that is regularly taken. For some people, it’s prescribed medication. However – some still consider them illegal.

Weeds Effect on the Brain

The DEA or Drug Enforcement Agency considers both Cannabis Sativa and Cannabis Indica to have similar effects to the brain; it can stimulate parts of an individual that are loaded with many receptors. When THC binds through these receptors, it results in:

Many opinions are emerging to the different effects of marijuana use. Keep in mind that there are thousands of strains out there, and each one varies from the others. Also, marijuana affects people differently, as one may not be as receptive to the effects compared to others.

Marijuana and It’s side effects

When planning to take marijuana, take note that the side effects vary from strains, types, and human receptive ability. Some of the effects induced by consuming marijuana are what make people being addicted to it. Some of its effects may be good, and some are extremely dangerous when taken in large amounts

For people who have used marijuana for a long time, there may be negative effects accompanied, such as long-term memory and perceptual damage. It is also important that there may be underlying conditions associated with it.

Psychedelic is of a larger class related to hallucinogens. Psychedelic drugs are often known to raise the user’s cognitive skills, raise mindfulness, intensifies alertness, and induces delusions. However, psychedelic is within a familiar type of Hallucinogenic compounds that mainly affects the serotonin.

There are numerous types of psychedelics, and each one of them has a slight difference from the others.

Always bear in mind that the term psychedelic is an informal classification. Completely all of these falls under the class of hallucinogens, not including for cannabinoids.

Overall, psychedelic effects vary from different types. However, some points are hard not to take notice. This is why the association of psychedelics and weeds are quite often because some of these have similar effects to humans. Effect include:

Side effects of Psychedelics

Each type of psychedelic has a different impact on humans. However, most psychedelics have effects similar to each other, such as euphoria, mental alertness, psychological changes, and many more. It varies from short-term to long-term as well. The physical effects brought about by psychedelics are having increased heart rate, slower heart rate, and breathing.

The strict classification of both Weed and Psychedelics is that they are from different classes of their own, and they are not also related to chemicals. In addition, both of their effects are received differently by users. So, this pretty much answers the question, “Is weed a psychedelic?”

The difference between other drugs and hallucinogens starts from the basics. Psychedelic substances are known to be serotonergic. They are different from cannabinoids. Both of them act differently in the brain. THC and other active compounds found in cannabis bind themselves with receptors of the mind and body. They alter the way information is processed between those neurons.

In direct contrast, serotonergic acts on serotonin, whereas cannabinoids bind themselves with CB1 and CB2 receptors. This alone should give you a proper understanding of why they are of different classes.

Just like NIDA and DEA are, they are of both different classes. Although these are realities to consider, however – it is not hard to say that they are of different classifications just by looking at them. However, if you study these effects, keep in mind that the vital ingredient in weed is THC, which works like psychedelics.

Although psychedelics and weed are of different classes, they share common effects on the user. Psychedelics causes the user to have hallucinations, a mental state of awareness, and increased consciousness. On the other hand, Cannabinoids also produce some of these effects, although in different ways. However, cannabinoids are only exclusive to marijuana.

Up to this day, the topic about is weed a psychedelic is still debated. Between these two compounds, there is still a lot that we don’t know. Substantial research is still needed to distinguish both of the differences. Nonetheless, I hoped I’ve helped you discover how weed differs from psychedelics.

Lastly, when taking marijuana, always remember what you should do, and what is not. It’s your right to protect yourself, and there are various ways to do it.