Hydroponic Marijuana Growing – How To Hydro?

The growth of marijuana plants is carried out not only in a living soil. Hydroponic set up is now getting more popular because of the advantages it provides. Information about hydroponics and how to grow using it are presented in many marijuana books. Surf around the internet and you will find various sources of tips regarding hydroponics and how to grow using it, instead of growing marijuana plants using soil. In a hydroponic setting, marijuana plants are grown in an inert medium. To yield a healthier marijuana plant, macro-elements like Nitrogen (N), phosphorus (P) and potassium (K) are needed, along with the other microelements such as chlorine, calcium, manganese, boron, copper, zinc, molybdenum and iron.

There is a free online guide found in the internet if one is planning to do hydroponics and how to grow using it. To set up a hydroponic system, gather the necessary tools first. Once you have all the important equipments needed, prepare the growing area. See to it that no light coming from the outside will enter the grow room. After securing all windows and making sure that no light can enter or escape from the area, it is time to install the lighting system suitable for growing hydroponic marijuana. Place it on top of the plant by holding it with chains or attaching it to a light mover. Lighting system must easily be adjusted according to the height of the marijuana plant. For vegetative growth, a metal halide (MH) is best to use. On the other hand, flowering growth will require for a high-pressure sodium lamp (HPS). Using the correct light spectrums can increase productivity of marijuana plant. Thus, giving more yields.

Hydroponics and how to growing using it is easy, as long as you have all the resources. Ventilation is very important in a hydroponic system. Levels of carbon dioxide, humidity and heat should be kept in an optimal range. With good air circulation, air is prevented from becoming stale. The environment of the plant needs to be controlled to produce a healthy marijuana plant. In hydroponics, the nutrients, water and air are introduced through the medium used. 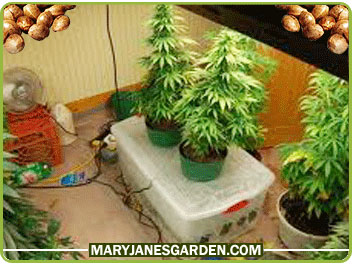 How to Grow Cannabis Using Hydroponics

Many people are associating hydroponics with the illegal use and trading of marijuana. That is one reason why some schools are offering different programs about growing and legalization of marijuana. Oaksterdam University that has locations in Michigan and California is one. Hydroponics sets an advantage for many growers. It is an automated system that eliminates negative influences caused by human cultivation.