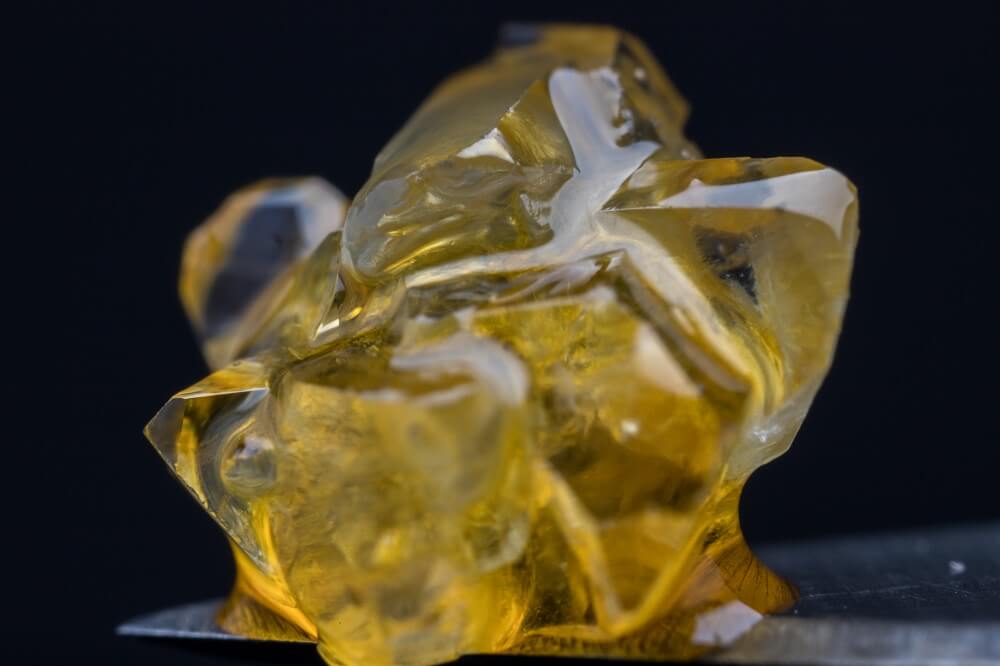 How to Make THC Crystals: Ultimate Guide to Extraction Process

There are only a few people on this planet that have experienced the purest and most potent form of cannabis, and that is THC crystals. It is one of the best ways to experience cannabis and can be used in many different forms. It is said that THC crystals are made up of up to 99.96% THC. With that much content, it is one topmost potent type of cannabis in the world.

But, what is THC crystals, and one would have to ask how to make THC crystals? Such potency may be a bit excessive for many, but there is still a large audience who wants to enjoy smoking weed through the use of crystals. Those who want to experience a different kind of high should try this out. The benefits of higher doses of cannabis, especially for seasoned users, are unlike any, and it brings the experience to a whole new level.

What Are THC Crystals?

THC crystals are THC made into crystalline. It is a concentrated form of THC that is usually used for recreational activities. It is one of the most potent forms of cannabis and should only be taken by seasoned users. THC crystals are heated up to release the cannabinoids and are consumed either through smoking or through making it as an edible.

While some might look at it suspiciously due to the visual similarity to other dangerous drugs like cocaine, THC crystals are vastly different from cocaine and are safer than those drugs. This purified cannabinoid is mainly used for recreational purposes, but there is also some medical value to it. THC crystals are carefully made by experienced producers as it entails a lot of mechanical processes that should be done by those who are experts on the field.

People who use THC crystals experience a different high from smoking weed. Since THC crystals are a concentrated form of cannabis, it has been isolated, and only the necessary compound has been extracted. This leaves all the pungent aroma and the earthy flavors of marijuana behind, leaving the crystals tasteless and odorless. It is a great substance to incorporate in many other derivatives, such as edibles and vaporizers.

The high you get from using THC crystals is unlike any other. You might be surprised at first with the lack of flavor and aroma. The high that soon follows is described as clear and thought-provoking. It feels refreshing and energizes the entire system. For some, it will be a bit overwhelming, especially for those who have tried it for the first time. Seasoned users of THC crystals would always want to ask for more. With its purity and potency, some users are at risk of getting overwhelmed by the intensity of the effects. Careful management of the dose is highly advised.

How To Make THC Crystals?

One might think that learning how to make THC crystals is complicated due to the many types of equipment and compounds used during the process, but it is rather quite simple, especially for those who have a background in chemistry. Most of the time, producers of THC crystals use an already concentrated form of the extract rather than making it from scratch. This way, it hastens the process and skips the purification and extraction from the plant to its concentrated form.

The extract is then mixed with acetic acid and hexane. These chemicals will separate the plant matter with the rest of the cannabinoids. Once the solution has settled, it is filtered thoroughly so that only the pure extracts are collected. The collected specimen is then introduced to a roto-vape where the acetic acid and hexane are removed. This time, only the pure form of THC is retained.

Chromatography is then used to separate other impure substances from the collected solution even further. This separates the elements and makes sure that only the ideal cannabinoid is isolated. Many other substances such as chloroform, dichloromethane, and Sephadex-LH20 are added to fully isolate the intended substance. Once done, it is again placed into the roto-vape until it begins to crystalize.

These crystals undergo different washes and filtrations so that they become safe for consumption. The crystals are then introduced to methanol and then placed back to the roto-vape to remove the methanol for the solution. Pentane is added and roto-vaped once last time. The result is a pure concentrated THC in the form of crystals.

While it remains one of the most potent concentrated forms of THC, it loses its terpenes or the compounds that cause the aroma and flavor of cannabis. Those who want to add a bit of flavor to the crystals tend to soak them with what is known as “terp sauce.”

Since it is in its concentrated form, THC crystals are more potent and provide a more proactive approach to the common health concerns that are addressed with the use of cannabis. Unlike smoking weed, THC crystals act fasts and are absorbed faster; hence they also take effect much faster than the usual. This means that you get to take advantage of its fast turnaround time as well. Its pain-relieving properties immediately dull the pain and numb your body, causing less swelling and pain.

THC crystals can be added to edibles and become perfect ingredients to many food products. This means that users get to experience the mindbending high that THC crystals induce. Its versatility makes it very appealing to many cannabis concentrate users out there.

While the steps on how to make THC crystals may take a while to do and would need a lot of knowledge in chemistry, it is always best to leave it to the experts who know how to make them. Never try to do them yourself, especially if you have limited knowledge of what to do with the chemicals or if you are not in the right environment to make them. Meanwhile, the fact that we can now indulge and experience this form of concentrated cannabis is a long way from the years when all we do is smoke weed.