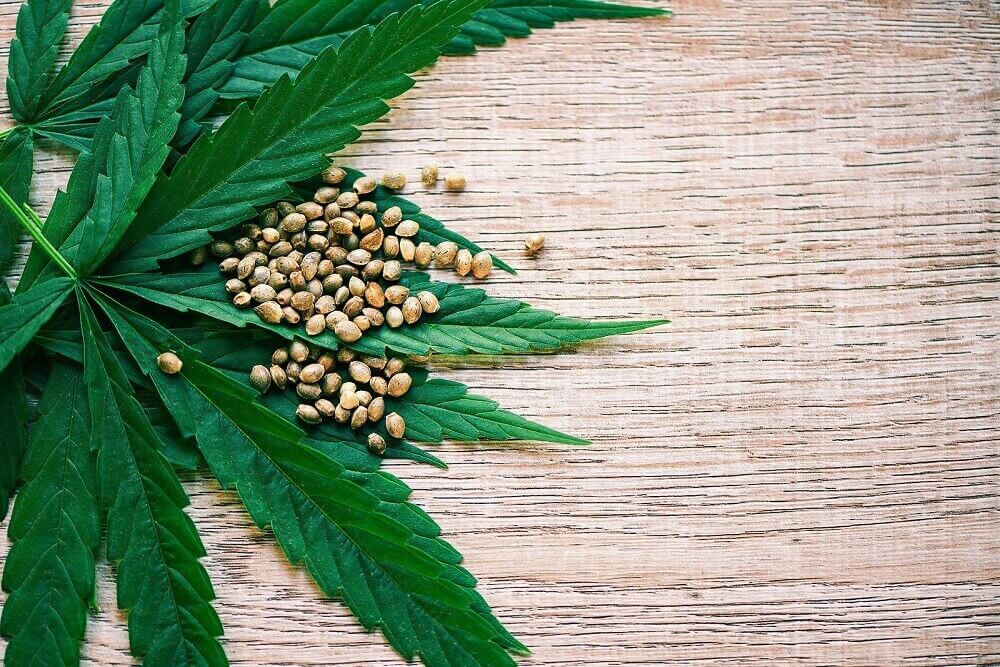 Yes, you see the exact thing. It’s THCV, and there’s no typo error. Most people are familiar with THC, which causes the psychoactive effect of marijuana. You may be a bit lost upon seeing THCV.

There are over a hundred cannabinoids found in the Cannabis plant. So aside from the main cannabinoids, which are THC and CBD, THCV or tetrahydrocannabivarin is something that you need to know. Curiosity towards high THCV strains may spark once you get to know this cannabinoid. So keep on reading for you to share something new to your fellow stoners.

Get to Know THCV

THCV receives the title of ‘sports car of the cannabinoids.’ Sounds cool, eh? It has a dominant presence in weed due to its amount. It’s one of the reasons why it got an appealing moniker.

Not just with the abbreviation, THCV has a similar molecule structure with THC. The difference is the two carbon atoms that are found in THC. The effects can be similar or not. THCV can function like THC in high amounts, but it’s not an ultimate guarantee. They may be entirely different.

It is the cannabinoid that may prove that the stereotyping of the skinny pot. Unlike THC that boosts appetite, THCV doesn’t tolerate food cravings to affect you. You will longer binge on those delicious treats.

THCV has shown awesome effects in some studies. It can lower the blood sugar level as it improves the insulin resistance of a diabetic person.

The anticonvulsant properties found in THCV can be used to alleviate the symptoms of neurodegenerative ailments like Parkinson’s disease and Alzheimer’s.

It can minimize anxiety attacks and relieve the patient from symptoms of schizophrenia.

A couple of cannabinoids work together to release some effects, just like the anti-inflammatory role of marijuana. It occurs as THCV, together with CBD and THC combined forces to bring out this effect. It is the same way how weed eases out the pain.

Bone growth is not only good for youngsters but adults too. Collagen production is good for maintaining radiant skin. THCV plus THC, cannabinol, cannabidiol, and cannabidivarin unite for these effects.

Are There Any Clues to Identify High THCV Strains?

Since you understand that THCV is a cannabinoid that marijuana users can just take for granted, you may want to search for high THCV strains. Are there clues? Most varieties only contain a bit of it. But you start digging with the following clues.

1. African Sativa is Blessed With it

THCV is likely to be found in Sativa, but to be specific, African landrace should be part of genetics. You can check them out on the list that you can find in this article.

If you don’t mind doing some more research, you can check on the strain’s background. Know the genetics of its parents. African landrace has been used for a number of the breeding process. You can always track down the lineage, or you may ask a budtender or experts.

You can’t rely on genetics alone. Cannabinoid content varies every harvest. You can have your weed tested in a lab to ensure it contains high THCV.

High THCV Strains that you Should be Aware of

It is a legendary African landrace strain that is known since the seventies in Cannabis cultivation. Don’t be surprised that it parented a couple of hybrid strains. It is originally from the sunny African city, Durban. It thrives well both the northern and southern hemispheres as it bears strong genetics and resilience to harsh weather.

It is considered one of the finest varieties. Try it to see for yourself. It can help you stay productive throughout the day as it gives you energy and uplifting high. It has a relatively high content of THCV even though it is 1%. Other strains only have 0.2%

It hails from the southeast part of Africa, which is in the Republic of Malawi. The locals call it Chamba. Although marijuana is viewed as an illicit drug, it still occupies the spot as one of the top products that boost the country’s GDP. It contributes 0.2% to the GDP.

Cultivation and production are both done in the northern part of Malawi. It is usually exported to Europe and other parts of the world. World Bank stated that it might be one of the top export products due to its scarcity.

There’s no exact measurement of its THCV content. But rest assured, it’s similar to the amount found in Durban Poison or even higher.

It’s a rare Sativa variety that is not easy to find. The genetics and origin background of this strain remains a mystery up to these days. You can make some guesses by basing it to its name. It’s probably a combination of Purps and Pineapple Express. It’s just a guess, which means it’s not a hundred percent real.

What is certain about this strain is the massive THCV content. So consuming it will make you feel energized and a surprising psychoactive effect. The THC: THCV ratio is 3:1.

It is a Sativa-leaning hybrid from crossing a Skunk and California Orange. It has a significant amount of THCV with a distinct smell and taste of sweet oranges and tangerines. It has a unique profile compared to other citrus strains. It delivers effects for both body and mind. It will let you experience uplifting and relaxing high.

It goes with another name, ‘Dutch Crunch.’ It leans in the opposite direction as it is an Indica variety. It is found in most coffee shops in Amsterdam. The lineage is unknown, but it is thought to be made by a Canadian breeder, Jordan of the Islands.

Although it is Indica dominant, it delivers balanced effects of relaxation and joy. It will not delay in making you feel energized. The cerebral buzz won’t stay for too long. Without any reason, it made you feel at peace and relaxed. These things sum up the presence of THCV of 3.3%

It’s a popular weed like its parents, which are Durban Poison and OG Kush. Enthusiasts immediately adored this strain after it was introduced in California in 2012. It received several awards too. Although it’s 60% Indica and 40% Sativa, the latter mostly shows up in its characteristics.

It hits you right off the bat with its unique effect, which is a combo of euphoria and relaxation. So it works for both recreational users and medical marijuana patients. Thanks to a good amount of THC and traceable THCV content.

Its name was derived from a creepy killer way back the 19th century. It is based on its killer effect that won’t disappoint you. It’s a Sativa strain from crossing a clone of Jack’s Cleaner and the male Space Queen.

It has superb effects that are exciting to almost everyone. So it can be in different settings like partying late night and accomplishing daytime tasks. It has a strong visual stimulus, so it can cause paranoia to novice users. It’s already a popular strain, but having a comparatively high THCV level adds more fame.

It is named after the late musician who is a long time advocate of marijuana. It is a hybrid strain that carries the genetics of Highland Nepalese landrace and South Asian Sativa. Its popularity grew after it won an award in High Times Cannabis Cup in 2005. Both recreational and medical users depend on this strain.

It’s an ideal wake and bakes strain as it proves to be a classic Sativa. It gives cerebral high that can enhance your social skills. There’s no exact number, but it has above average THCV.

It is parented by Jack the Ripper and Black Cherry Soda. It produces pretty, multicolored buds. It has an aroma of citrus and earthy berry while the taste is like a lemon.

With 2.4% THCV found in this strain, you will feel uplifted but mostly relaxed due to the dominance of the Indica effect.

It’s normal if it’s your first time coming across this strain. It’s a rare Sativa, and it’s bred for THCV, so you won’t wonder that it has 3% of it. It was made out of several parents, and the ones that are confirmed are Durban Poison, Swazi Landrace, and Malawi. There are other parent strains, but they remain as ‘botanist’s secret.’

You don’t have to look further if you want to experience THCV, as this strain won’t fail you. You can also enjoy its earthy and citrusy aroma and flavor.

You got to know THCV, and you may start looking for high THCV strains. Marijuana lovers won’t refuse to try this to see any difference from THC. It’s going to be a brand new experience for sure.