Marijuana Cannabis Plants Around The World

Some states and countries have sought to decriminalize the use and possession of marijuana. In 2009, Massachusetts passed the Massachusetts Sensible Marijuana Policy, which reduced the penalties that individuals would have to pay and eliminated the offense from inclusion to the Criminal Offender Record Information (CORI) for minor marijuana offenses. Previously, this offense could be punishable with a fine of up to $1,000 and a maximum of 6 months in jail. 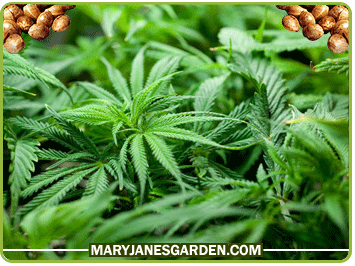 Little evidence has shown that the decriminalization of cannabis has changed the consumption habits of the populations involved. While there is a rich history of anecdotal accounts of the benefits of marijuana and a long tradition of marijuana being used for a variety of ailments, the scientific literature in support of medicinal uses of marijuana is less substantial. Considered to be one of the first scientifically valid papers in support of marijuana’s medicinal benefit, in 2007, Dr. Donald Abrams and colleagues published the results of a randomized placebo-controlled trial examining the effect of smoked cannabis on the neuropathic pain of HIV-associated sensory neuropathy and an experimental pain model. The authors concluded that smoked cannabis effectively relieved chronic neuropathic pain in HIV-associated sensory neuropathy and was well tolerated by patients. The pain relief was comparable to chronic neuropathic pain treated with oral drugs. Consensus exists that marijuana may be helpful in treating certain carefully defined medical conditions.

In its comprehensive 1999 review, for example, the Institute of Medicine (IOM) concluded that marijuana may be modestly effective for pain relief (particularly nerve pain), appetite stimulation for people with AIDS wasting syndrome, and control of chemotherapy-related nausea and vomiting.

These widely held beliefs in the medical community supporting the medicinal benefit of marijuana contrast starkly to a limited body of clinical research. The American Medical Association is urging the federal government to change the classification of marijuana from a Schedule I drug to enable further clinical research on marijuana. Additionally, Harvard Mental Health Letter’s authors point out that while marijuana works to relieve pain, suppress nausea, reduce anxiety, improve mood, and act as a sedative, the evidence that marijuana may be an effective treatment for psychiatric indications is inconclusive.