The Cannabidiol (CBD) is a non-psychotic cannabinoid found in marijuana. It is known to be an anti-inflammatory agent that is more effective than aspirin. The Cannabidiol has properties that relieves convulsion, inflammation, anxiety and nausea as well prevent cancer cell growth.

There are various studies conducted that produces positive results of Cannabidiol. These are as follows: 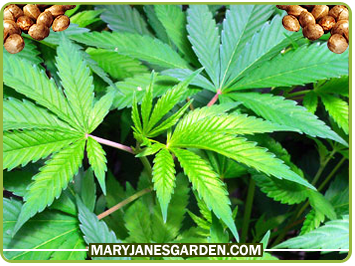 In a study conducted on animal models, it was found out that Cannabidiol is favorable as an anti-psychotic with haloperidol. Cannabidiol is found to be effective in blocking most of the effects of THC. It also increases pulse rate, disturb time tasks and has psychological reactions.

Cannibidiol appears to be a colorless crytaline solid in a room temperature. It becomes a Quinone as it oxidizes in the presence of air, and turns into THC under acidic conditions.

There are two basic types of Cannabis, as per its genetic characteristics:
(1) a drug-type
(2) a fiber-type

The drug-type cannabis originates in hot a climate, such as India. It is high in tetrahydrocannabinol (THC) but low in Cannabidiol (CBD). To get psychoactive high on cannibis a person needs to take at least 10 mg of THC.

The fiber-type cannabis is used industrially and commercially for the purpose of fiber and food. It grows in temperate climates. This type of cannabis has low THC but is high in CBD. Cannabis plants rich in CBD and other phenolic substances is also used in medical practices for treatment of certain inflammatory disorders. CBD is also known to block the effects of THC on the body.

In Canada, the Cannabidiol is a Schedule 2 drug. Cannabidiol along with various related synthetic derivates and preparations is tolerated, as long as the quantity is less than 30 grams. Canadian authorities used to alleviate pain for those who are suffering multiple sclerosis approve the mouth spray, Sativex. Sativex contains tetrahydrocannabinol and cannabidiol.

In United States, Cannabidiol is unscheduled. As per DEA Drug Scheduling, only the plant itself (cannabis) and the tetrahydrocannabinol cannabinoids are listed. There are countries that tolerate marijuana for medical purposes. However, in most countries cannabis is considered illegal.