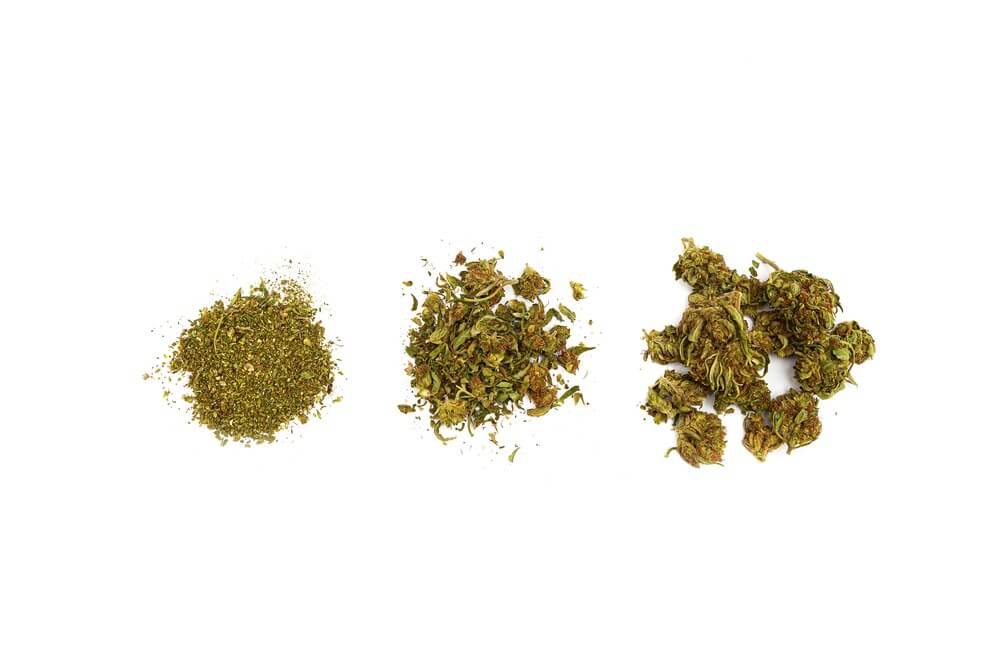 Dry sifting Cannabis seems easy as it only takes filtering through the screen. Nevertheless, you have to understand some things aside from just sifting through them. You better make it correctly as it can be used in different ways. Aside from smoking, it can be blended with some herbs or added into extracts and edibles.

It’s different from the ‘hash’ which is a product of hand-rolling dried and trimmed flowers. Dry sift hash is also timeless and as potent as this old school concentrate.

It is the same as the traditional hash but they differ in the preparation process. Kief is the dust-like trichomes that accumulate at the bottom part of the grinder and have a huge similarity to it. They are almost identical but dry sift hash is produced on a large scale.

What You Can Benefit from Dry Sift Hash

What you would appreciate about dry sift hash is its flexibility. When you’re looking for more potency, you only have to sprinkle it over blunts, joints, and spliffs. You may also create a layer of it in a bong bowl or vaporizer chamber.

It can also be integrated into other methods of consumption such as ingesting and inhaling. A dish with Cannabis can be done as well by decarboxylation and you can create super potent edibles. Several possibilities and ideas can be done with it in your way. But you should be aware of the potency and prepare for it.

Dry sift hash is composed of a mass of trichomes that appear like a dusting of sugar to the naked eye. The microscope unveils the beautiful, jewel-like form. It’s second to cannabinoids and terpenes as metabolites.

Trichomes can be easily extracted once the buds are harvested and dried. But they’re not the only compound found in dry sift hash as various types of glands blend with it.

It is the smallest type with a height of 25 to 30 microns and a diameter of 20 microns. There are one to four cells in the formation of stalk and head. When the resin is accumulated, these trichomes form into a nipple-like figure

It has higher production than the bulbous type with a diameter of 25 to 100 microns. Eight to sixteen cells are combined to bring together its secretory gland. The height is like the micro length of the cell so when the plant is still young, it seems that they don’t have stalks.

It goes with another name, ‘glandular trichomes’. Their existence on buds and leaves of the Cannabis plants is common. They pop up during the flowering stage. They have heads that are a bit larger than the sessile.

This type of trichome is the main producer of cannabinoids and terpenes. It has a precise measurement of the stalk that can be from 150 to 500 microns as what its name suggests.

It has a unique characteristic. The layer of cells is in the middle of its gland and stalk. However, the cells can be broken and the head might separate from the stalk. So it’s the reason why it is the known producer of top-grade hash.

Ranges of Terpene Found in Cannabis

When you want to be the best at dry sifting, you shouldn’t only learn about trichomes but other important things as well. In terms of growing marijuana, you know well every genotype as well as the phenotype. When working with clones, you will always get homogenous and uniform results.

They have the same importance as the terpene ranges when it comes to a dry shift hash. There are 103 mono and sesquiterpenes when Cannabis ripens. Most of them are aromatic terpenes so they are the ones that create the smell and taste of the hash.

Screens for dry sifting have different sizes. Thus, the quality of the hash also varies. Quality in this concentrate also means purity. It can be equated to a high amount of capitate-stalked trichomes which usually have a little number of stalks, plant debris, and other unwanted presence.

It’s also possible to use a mixed screen to broaden the terpene range. You may think that the final result doesn’t have a nice look but organoleptic properties are enhanced. If you haven’t heard of it yet, terpene has a contribution to the effects of marijuana.

Another consideration is a clean grow room. The hash should be free from soil, dust, small insects, debris from plants, and more.

Once you know the important content that should be retained in the hash, you can proceed to dry sifting. An ancient method can still be practiced nowadays. It’s sieving the resin glands twice. A sieving screen or bag will help you.

Pollinator is popular in the market for the production system of this hash. It has 150 to 160-micron mesh to extract the resin glands from the flowers. But the result is not favorable as there are unwanted particles that slip into the screen.

To avoid this from happening, you should use another screen size to pair up with the previous screen so there’s the separation of different articles. The best quality is considered larger than 70 microns but won’t reach 120 microns.

You are assured to have an excellent result by using three screens which are within the measurement of 45, 70, and 160 microns. The first step is separating the head and the stalk using the screen with 160 microns. Once you place the raw resin on the mesh, card it with care and gentleness.

The next procedure is with a 70-micron mesh. Small particles shall be eliminated on this step. So you have now ‘first quality’ and ‘second quality’.

The ‘second quality’ needs to be cleaned again by using 45-micron mesh. Much smaller particles pass through the screen and they are called ‘third quality’.

Particles from the screen with 70 microns have a better appearance than the ones from 45 microns. Mixing them gives you a more tasty result. You can still refine it through a videotape case covered with parchment paper.

Drying and Storage of Resin

The buds should be cured for 4 to 6 months for you to get the best dry sift hash. You have two options. One is that you can follow the ideal duration for drying the buds or you can just dry the buds the way you want it then make it into a hash. The last part is curing the resin.

You may opt for the second one as it’s easy to cure resin which can be pressed with no problems at all. When you do it, the temperature should be around 37 degrees Celsius. Open the jars every 2 or 3 days for air renewal.

For the resin to keep its organoleptic features very well, pressing should be done. The surface is the one that will oxidize while the inside remains intact with a low chance of degrading.

A sphere or a ball shape is good for oxidation. The resin should be cured properly before pressing it. You have to check that no moisture can destroy the resin. It should be smoked on a metal screen.

Knowledge about trichomes and terpene range is important when making hash through dry sifting. The combination of the different screens is the way of getting the highest possible quality. Aside from knowing the right process, proper storage must also be practiced to consume tasty resin in excellent quality.