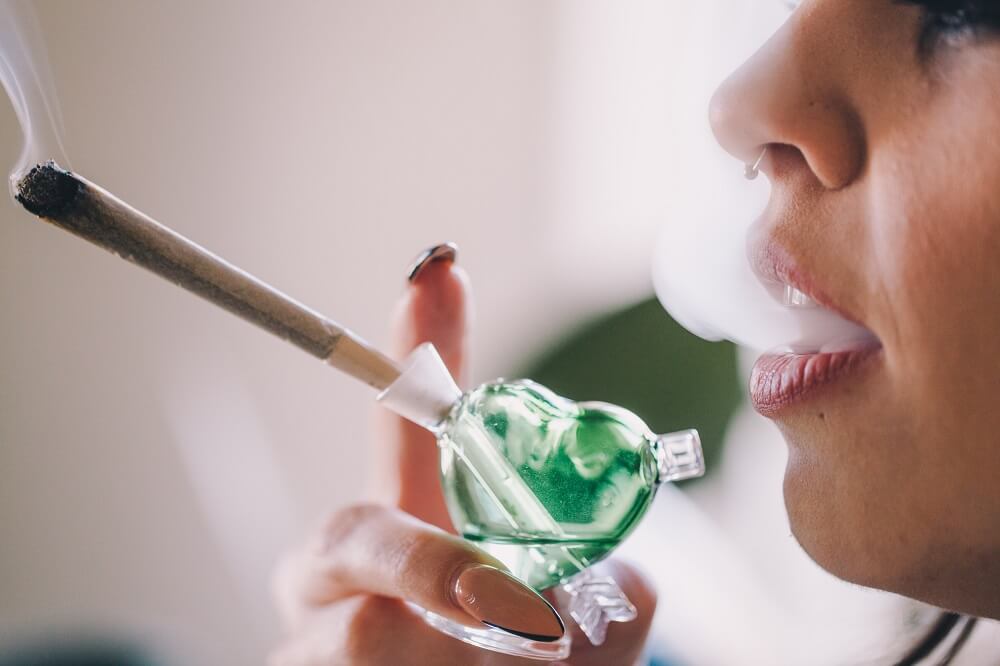 Marijuana smoke is produced when you burn cannabis materials. Smoking cannabis is the most popular way to consume marijuana. However, can you really get high with just inhaling alone? And not actually smoking it? That’s why contact high is hotly debated, as most people aren’t fond of the smell and smoke of marijuana. Plus, some of them are fearful that they, too, will get intoxicated with just smelling the smoke of marijuana.

That’s why in this article, we’ll be talking about contact high, or commonly known as secondhand smoking, just like with cigarettes. Can you actually get high with just contact high? What effects can you expect from it? We’ll discuss each of them below!

This is because people may have different results during drug tests for people smoking marijuana and for people who are exposed to secondhand marijuana smoke.

In a 2015 study, a study conducted among 6 nonsmokers and 6 smokers showed that the marijuana smoked in high concentrations in a room has the potential to trigger a positive drug test result among people who were just exposed to the smoke of marijuana.

However, there are some factors that affect the possibility of getting a positive result with secondhand smoking. Exposure to smoke, ventilation, and how long were they exposed. Those are some of the crucial factors in determining whether you could fail a drug test.

For example, smelling little hits of marijuana is quite different from people leaving with marijuana users who regularly use marijuana near your presence.

Another study conducted to imitate true-to-life scenarios. Rather than conducting these experiments from a closed environment, this time, it was a coffee shop. Participants spent 3 hours in the shop where other members were smoking marijuana.

After these participants were exposed to secondhand smoking, they were tested for THC. while there were traces of THC shown in their urine and blood samples, it wasn’t enough to give them a positive THC result.

With that being said, contact high from marijuana is likely to happen. So, if you want to avoid failing your drug test, the best thing you can do is stay away from people who regularly smoke marijuana.

Also, catching a scent or hit of marijuana from your window, or entering a room where people were smoking marijuana several hours ago doesn’t have the potency to get you affected at all.

What does this mean?

This means that unlike tobacco smoke, secondhand tobacco smoke still has all its active ingredients from nicotine, but weed smoke is a lot different. This is because very little THC, which is responsible for psychoactive effects, is released onto the air once it was puffed by a smoker.

Is a secondhand marijuana smoke the same with secondhand tobacco smoke?

There aren’t many medical data to conclude whether secondhand smoke is as bad as tobacco smoke. However, you do need to take into account smoking. Regularly smoking marijuana can lead to damaged lungs and may weaken your immune system.

Although contact might be a lesser occurrence than some of us might think, it’s possible. Here are some of the side effects when you are exposed to secondhand marijuana smoke.

Smoking induces delayed reflexes for smokers, and this affects driving. So, if you are exposed to considerable amounts of secondhand smoke, then you should expect to have delayed reflexes. However, this occurrence subsides quickly rather than dizziness.

Lethargy is one of the most common side effects of THC. That’s why marijuana is good for people who are stressed and have anxiety, it gives them the feeling of relaxation and calm, and sometimes these feelings tend to take the form of feeling lethargic or tired.

A study conducted to parents who regularly smoke weed with children around them had biological evidence showing traces of marijuana exposure.

Although there was no evidence linking secondhand marijuana smoke to health issues among children, the results are quite concerning given the fact that there are still a lot of harmful chemicals found in marijuana smoke.

While current studies show that people who were exposed to secondhand marijuana smoke is unlikely to be affected if exposure is limited, the possibility of getting a contact high in certain scenarios remains to be significant. Moreover, as long you are exposed from secondhand marijuana smoke in a well-ventilated area, you don’t have to worry about anything as these will only give you little to none traces of THC in your body that won’t lead to failing a test.

Finally, if you have a drug test within a few weeks, then I highly recommend avoiding places where regular marijuana smoking occurs. This will give you plenty of peace of mind knowing that you won’t be failing a drug test. As long as you avoid smoking marijuana you