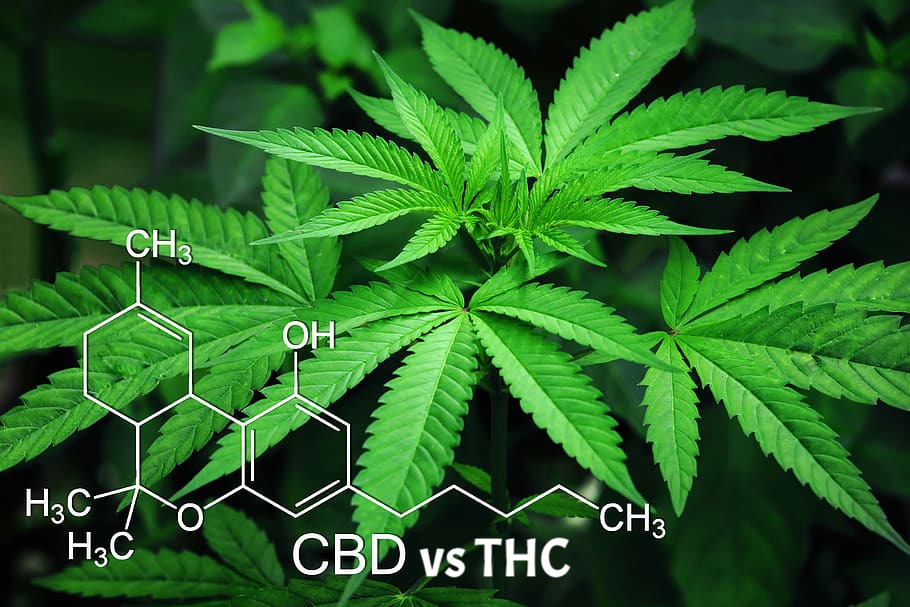 CBD vs THC: How Exactly do They Differ?

The acceptance of marijuana use has been increasing over these past few years. The use of marijuana both for medical and recreational use has been legalized in several places and countries and it is getting more votes to many places. Marijuana is an amazing weed and cannabis experts are still exploring the amazing effects of this plant.

Marijuana is known to be the most illicit or abused drugs globally. Marijuana came from an Indian hemp plant, and the part that is often used is the flower which commonly called the buds as well as the plant’s leaves, stems, and roots.

When sold, marijuana is a mixture of dried flowers, stems, leaves, or the plant. It is usually, brown, gray, or green.

Marijuana can be used for both recreational and medical purposes. Recreational use, meaning it has psychoactive effects that can give you the high that you seek in consuming cannabis. The use of marijuana is not just contained for recreational purposes. It has also many medicinal benefits.

CBD vs THC: How Exactly do they Differ

Both CBD and THC are still considered as Schedule 1 under the federal law. The use of cannabis is legal in 33 states in the US plus Washington D.C. Lawmakers are passing laws to make medical cannabis with high levels of THC legal.

Medical cannabis may need to be prescribed by a licensed physician. There are states also that have made the use of recreational cannabis legal. This means that you can smoke weed with high THC content and enjoy its benefits.

In places where cannabis is legal either for medical or recreational, you can buy cannabis in local stores or online given the legality of your age. If you want to use cannabis in your place, it is important to know the law in your state as possession of cannabis in places where it is prohibited may lead to serious conditions as per federal law.

Both CBD and THC has several medical benefits. Both these compounds can provide relief in several health conditions. As mentioned earlier CBD does not cause the “high” that occurs with THC.

CBD is effective against:

THC, on the other hand, can help you with:

Consuming marijuana or cannabis has several side effects on the body. These side effects are caused by the compounds in it.

The effects of THC include:

The effects of CBD are:

The above-mentioned side effects are part of the compound’s psychoactive properties. No need to worry because these side effects are not fatal. But just be aware that high THC may result in long term side effects especially to adolescents.

These compounds are stored for a given period as soon as you have consumed cannabis. Both of them can show up during drug testing a few days after you take them.

In the case of CBD, it is usually not detected by drug testing devices except CBD-sensitive devices. Standard drug test kits will usually look for THC so it is pretty much obvious that THC will appear in drug tests.

It is great to know the contrast between CBD vs THC. Both components play major roles in how marijuana affects the system. They produce different effects. Remember that THC is responsible for the “high” while the CBD is more on the medical benefits. Having been able to discuss CBD vs THC, you now know the contrast between the two components. Just take note that these two have medical benefits and they are safe though there is a possibility of side effects, do not worry as it is manageable. You can now enjoy a strain that you want to consume by availing it at seed bank. Either it is CBD rich or THC rich strain, the choice is yours.