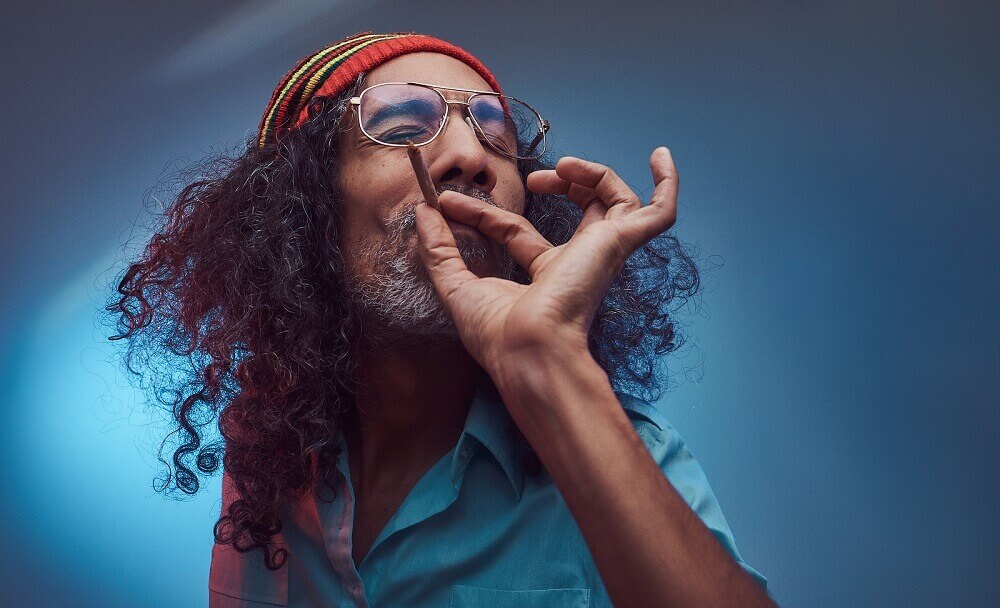 Can You Overdose on Marijuana: A Must-Read for Stoners

Marijuana has the notoriety of being a completely mild drug. Checking the claims of cannabis advocates, you can easily draw a judgment that marijuana has nothing else to offer but only its beneficial effects. But if you become too curious to find out more about marijuana and ask a veteran stoner about any particularly negative experiences, then you will know that marijuana is not just always a perpetual bliss.

Can you overdose on marijuana? It could be the concern of many beginners. There are lots of proof that marijuana is essentially less harmful than the other habitually-abused substances such as alcohol. However, when we say less harmful, it does not necessarily mean that it is entirely safe to use.

Can You Overdose on Marijuana?

Perhaps the common question among beginners is this – can you overdose on marijuana? Marijuana has never been demonstrated with a clear explanation of overdose. Even doctors and other medical experts are not completely certain how much volume of THC it requires to get overdosed. THC is an ingredient of marijuana that is likely to activate, which the high users are looking for.

Some people are questioning whether an overdose on marijuana can potentially lead to death. Well, there were several confined cases where marijuana was suspected of causing death on people. Nevertheless, there is no distinct and casual connection ever established.

What the medical experts are not sure about is whether those incidents had other possible affecting factors such as a pre-existing condition.

Marijuana is certainly an outlandish drug knowing that it has plenty of active ingredients. Although experts point out various numbers, apart from THC, more than 100 other cannabinoids are believed to be present in marijuana. And not all cannabinoids play in the same manner.

Acquire excessive THC, and you will get psychedelic effects that are no different from a stimulant. CBD, on the other hand, is related to sedative effects.

What marijuana can do is all written on the map. There were incidents of abrupt cardiac arrest and heart arrhythmias while smoking marijuana. There were also cases of both seizures and contraction of seizures, which tends to be established on the kind of cannabinoid and the quantity used.

Vitamin E acetate was visible in all samples of lung fluid among patients diagnosed with EVALI (E-cigarette/Vaping-Associated Lung Injury). Further, it was found that the issues occurred mainly in people who consume e-cigarettes that have THC, which were acquired informally – that is through a dealer, a friend, or in an artificial product. The Food and Drug Administration has particularly notified the users that there should be no

vaping products acquired in this manner should be utilized.

You have to make sure that practice caution not just on the dose of marijuana you take but also on the source of your product. You should make sure that you get from an authorized and credible seller.

To give you a better view, here are some cases of THC lethality published:

Medical experts think that heart disruptions are under-stated in marijuana consumption. Knowing that smoking marijuana and using other kinds of drugs are commonly administered together, it is difficult to segregate the origin of symptoms once the heart begins demonstrated insane things. Even the consumption of alcohol can aggravate the effects, which implies that you cannot easily determine whether it was the booze or the marijuana that triggered the problem.

Even though THC mostly has anti-nausea features, it can hardly be related to a condition of continual vomiting. More commonly related to chronic cannabis consumption, unmanageable vomiting is occasionally alleviated with a warm shower.

Users showed serious psychotic episodes coupled with hallucinations and adverse associations. In certain incidents, the psychosis can manifest enduringly compared to the time it requires to ingest the THC.

The method used to consume marijuana can also create a difference in terms of effects. For instance, a consumer may ingest excessive THC in edibles because it does not immediately post its effects. If taking one brownie does not seem to work, then they tend to get another one and another one. Then swiftly, they are facing a serious reaction.

THC from edibles is ingested distinctly compared to being inhaled. The time required to penetrate THC in edibles is quite long, which can deceive the user and make him think that he hasn’t taken enough.

Edibles are inclined to unintentional overdoses. Smoking marijuana does not commonly occur accidentally. Nevertheless, keeping the cookies simply lying around would seem to beg someone to try it. Kids, in particular, are likely to eat marijuana goodies. Kids going through accidental consumption of marijuana has been very common in states that legalize the use of marijuana for recreation.

Few things made the medical experts concern about the possibility of marijuana overdose as well as its negative effects.

Marijuana has been attainable for medical consumption since 1996. And now, several states have also allowed the use of marijuana for recreational purposes.

While the drive of recreational marijuana penetrates the country, people you never imagined getting high are enticed to try marijuana. A lot of people from the medical industry express a bit of astonishment by the remarkable growth in marijuana consumption in states that legalize marijuana. Many EMTs, paramedics, and healthcare providers thought that those who are concerned about getting high have an available prescription of medical marijuana and can easily get it if they want.

As a result, there are lots of people who want to try illegal substances. All that fresh consumption has directed to an essential growth in marijuana-caused emergency visits.

Similar to how contemporary farmers manage to get larger produce from crops such as beans and corn, marijuana cultivators nowadays are more victorious than how they were years ago. The THC levels in marijuana are quite higher than before.

The THC concentrations boosted to 8.8 percent. Some people tell that simply implies that you do not have to wrap blunts as wide as to how you used to. However, let us just face it – if you are after the high, the standard simply gets higher.

Indications that you have Used Too Much Marijuana

If you do feel that something is not right and you are beginning to ponder whether you took too much marijuana, here are some indications to let you know:

It is worthy to note that using marijuana apart from other substances can heighten the possibility of going through the above symptoms.

What Should You Do if You Have Taken Too Much Marijuana?

If you have taken marijuana way beyond your capacity and are facing unpleasant manifestations, there are several things that you can try to rescue yourself until the manifestations fade away:

Always equip yourself with information about the dosage of your marijuana product before you use it. It is always good to begin consuming the smallest dose. For beginners, you may consider consuming 5 mg at first. Begin slowly and allow 1 to 2 hours to pass before you get your next dose.

It will be good if you can also track the reactions of your body towards a product. By doing so, you can easily determine which product gives you the effects that you desire. You may gradually check on different marijuana products, but remember to keep the dose low. Do not forget to record its effects, so you will know which one is best for you.

Can you overdose on marijuana? Well, it is normal for anyone to ask this question, especially those who are just starting their journey with marijuana. You can ensure your safety when using marijuana and avoid too much consumption. It is necessary to be cautious of your tolerance levels.

Despite the ancient age, the argument of marijuana overdose is still a debatable subject. There is no definite guideline on how much marijuana is too much. Until such time that there will be a concrete guideline, it is necessary to be conscientious if you decide to consume marijuana. You should also make yourself updated with information. Do not simply welcome the tune that marijuana is natural and, thus, harmless. What comprises anything safe is a consumer that is unaware and crucial thinking.