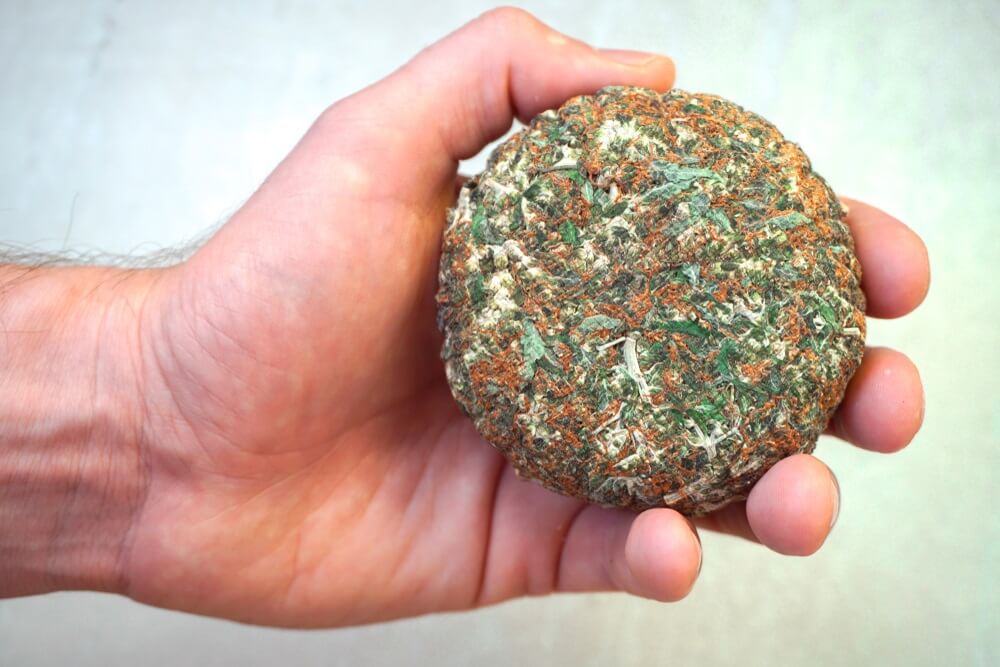 For those who have been smoking weed for the past couple of decades, there have been many iterations of how weed is being consumed. One such form is the brick weed. While it is a very popular form of marijuana during the 70s and 80s, there is a reason why it has slowly dwindled in production and use. If you find someone mentioning the word brick weed, chances are you are about to encounter a seasoned user who has been smoking weed for the last thirty or so years.

What is Brick Weed?

Brick weed is a term used for cannabis that is hard-pressed to form into a brick. It is that simple. It is a condensed form of cannabis so that it is compact and can be transported easily. The reason behind this is during the 70s and 80s where marijuana was at its height in its persecution, people were trying to innovate as to how they would be able to transport weed from one place to another without getting caught. These brick weeds were very light and compact that you can fit a lot of them inside a bag and discreetly transfer them from one state to another and in some cases, smuggle them over from Mexico.

Brick weed is made from the usual cannabis plants but instead of trimming and curing them for the flavor and aroma, they are immediately harvested, dried, and then pressed into bricks so it can be delivered and sold. Many of these brick weeds are made of fine grade cannabis in South America and has been known to be sold all across the region.

At around harvest season, each cannabis plant dried under the sun. They are then gathered together. During this stage, most of the plant’s trichomes are usually lost and the quality of the cannabis degrade drastically. Once it is dried, it is then pressed together and cut into smaller bricks or pieces and wrapped in plastic so they can be transported discreetly.

Now that there is an open acceptance to smoking weed in most parts of the world, brick weed has slowly dwindled in production and popularity. There is no more reason to produce weed in this form as you can safely transfer cannabis from one state to another barring that it is still on a legal basis. Brick weed is still very popular in South and Central America through including Asia. It is still a common form of cannabis especially in Paraguay, Brazil, and Argentina where it is transported to and from these countries. In Europe, brick weed originated in Albania.

During the 70s and 80s, people were still new to the world of cannabis and everyone wanted to take advantage of the hype. People were growing cannabis right inside their own home but the sudden ruling of cannabis as illegal made it very difficult for people to acquire and grow marijuana. This is one of the many reasons why brick weed became popular back in the day. It was expertly bred by seasoned cultivators and transported by people who knew their way around the area.

Now, times have changed and the world is slowly opening up to cannabis once more but this time, in a legal way. Since there is no need to discreetly transfer cannabis from one area to another, brick weed has slowly lost its usefulness as people can now purchase weed through shops and dispensaries unlike before.

The Quality of Brick Weed

Brick weed is composed of many different parts of the cannabis plants. If you imagine brick weed, you would be thinking of the compressed version of weed that we have now but, that is not always the case. Brick weed contains many parts of the plant and this can include stalks, branches, leaves, and sometimes even seeds. These parts make the brick weed heavier and bulkier than it looks thus it has compromised quality most of the time. While it has a larger size than your usual stash, it is not all buds. The presence of these excess parts meant that brick weed was made hastily and exported quickly without checking for the quality of the product.

This also impacts the potency of the weed. Most trichomes and other compounds are lost during the process of harvesting, drying, and pressing the plant into bricks. The low-quality processing procedure only deteriorated the overall quality of the brick weed.

This is also one of the many reasons why brick weed has lost its charm and popularity over the years. No one wanted to get weed full of seeds and stalks. If brick weed was sold today, it would have to be in much better quality for it to be a successful form of cannabis. With that in mind, the quality of brick weed derailed it from being worth the purchase even to this day. Sadly, there are still many who sell those in the areas where it is still very popular.

How to Use Brick Weed?

Brick weed is still the same as any other marijuana product. All you need to do is to break the brick into pieces and gather the smaller pieces and roll up a joint. You can easily make your stash and smoke it just like your usual joint. You can also add those bits and pieces and make them into other cannabis products like edibles and oils.

While the popularity of brick has slowly dwindled over the past few decades, there is still a good amount of demand for it in other regions. The overall quality of the product may be compromised due to how it is being processed but the fact that this type of weed has a rich background and is part of the history of cannabis is astounding. Times have certainly changed all thanks to the gradual legalization of marijuana all over the world but should you try brick weed, remember that you should not be expecting high-quality weed. Using brick weed is only for nostalgic purposes.