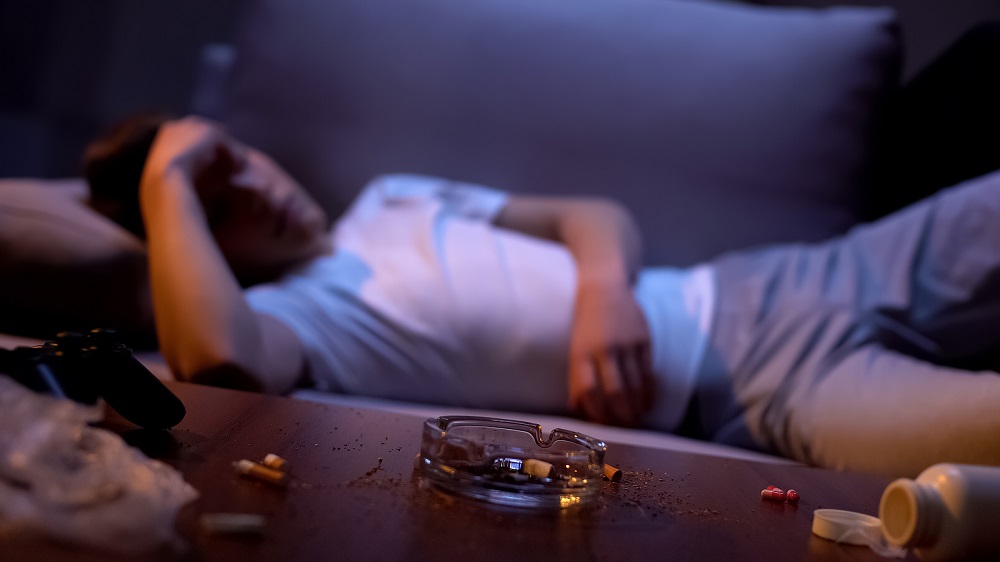 What is the Best Strain for Sleep and Insomnia?

Insomnia is a common disorder or inability to sleep or stay asleep. People with this condition will show symptoms that include difficulty falling asleep and maintaining that sleep. The good news is that there are several ways to treat insomnia without having to depend on prescription medicine. You may simply need to make certain lifestyle changes or attitude adjustments to improve your condition, and this includes starting a regular exercise regimen and following a consistent bedtime routine. Cannabis can also be used to treat insomnia. Since there are over 700 known cannabis strains, it is important to know which one is the best strain for sleep and insomnia.

First, let us tackle the importance of getting a night of good, restorative sleep. Good sleep plays an important role in our physical health and overall well-being. It is vital as eating, drinking, and breathing are. Sleep allows the brain and body to recover and repair themselves and be ready for the next day’s activities. Unfortunately, the National Institute of Health estimates that 50 to 70 million American adults complain of sleeplessness, which is close to 50% of the general population. And at least 10% to 15% of these cases have resulted in daytime functional impairment, which is the typical effects of insomnia.

Over time, sleep problems can take a toll on your energy, mood, attitude, relationships, and even your ability to function during your waking hours. Chronic cases of insomnia are associated with depression, heart disease, stress, chronic pain, high blood pressure, stroke, diabetes, and many more. In fact, sleep disturbance is one of the first signs of any physical or mental distress. People who are suffering from symptoms of depression and anxiety, for instance, often suffer from sleep problems or disturbances. Thus, the importance of addressing sleep and any disorders associated with it as a crucial part of any mental health treatment.

With the rise in the number of people suffering from insomnia and other sleep disorders, there has been a corresponding rise of interest in cannabis as a cure. Cannabis is well-documented as an effective natural sleep-aid, with little to no side effects. So, what is the science behind consuming marijuana and its ability to help with sleep and insomnia?

According to a 2008 study published in the National Library of Medicine, consuming marijuana with higher levels of THC (tetrahydrocannabinol) typically reduces the duration of your REM stage while in sleep. REM or the Rapid Eye Movement stage usually happens after 90 minutes of falling asleep, and this is when our dreams occur. By reducing the REM stage, you’ll spend more time in a deep sleep state rather than the dream state. The deep sleep state is when we enjoy the most restorative part of the sleep cycle needed for our body to regenerate and repair our cognitive and immune functioning. This, in turn, results in heightened energy levels the following day, improved mood, and, basically, better overall health.

Moreover, several recent research highlights the ability of CBD (cannabidiol), another known cannabinoid from cannabis plants, to treat insomnia. The compound’s potential therapeutic effects have made this cannabinoid even more effective in alleviating symptoms of sleep disorder than THC. Another promising element of recent studies is that scientists are also looking at the other active compounds of cannabis as several different terpenes have shown to have sedative effects. While terpenes are primarily associated with the taste and aroma of the plants, they have also been recently found to have therapeutic abilities. Examples of such terpenes include Myrcene, Limonene, Terpineol, and Pinene.

Now that we understand the science behind the use of cannabis, it is important to know which is the best strain for sleep. There are several strains with a good track record of helping people combat sleeplessness and other sleep disorders. In order to know which one works for you, it is best to work through them one gram at a time until you find the strain that is ideal for you and your situation.

A member of the Kush family, the Purple Kush, is a well-known pain-relieving strain. It is an almost pure Indica variety that is known for its sweet taste. It is a mixture of the Purple Afghani and the Hindu Kush and boasts of a whopping 27% THC content. Purple Kush is not only known for its ability to relieve pain, but it is also admired for its sedative properties. It is, in fact, one of the most popular sedative strains around the globe, and many medical cannabis patients rely on Purple Kush to experience a powerful and balanced head-body relaxation. In addition, this strain is great at knocking out triggers of sleeplessness, which includes anxiety, pain, and stress.

While its origins are completely shrouded in mystery, the strain’s ability to induce sleep and sedation is well-known. Rumor has it that this plant was produced by the Central Intelligence Agency back in the early 1960s. This strain is generally 70% Indica with up to 27% THC composition. It is known for its strength and potency; even small amounts of this strain will induce a powerful and long-lasting couch-lock experience. Because of its sedative properties, this strain is best recommended for evening and nighttime use.

Also known as the Dreamy strain, God’s Gift strain is a strong, fast-acting sedative and should only be used close to bedtime. It is the result of crossing the OG Kush and Granddaddy Purple and has a THC content of up to 27%. This strain is indeed God’s Gift to people suffering from sleep disorders as it is known to help anyone, even those with a high tolerance, fall into a full-body high that makes it almost impossible to move.

Another indica-dominant strain from the Kush family, the Critical Kush, is highly recommended for those struggling with insomnia. It has a THC concentration of 25%, which means that this strain is highly potent and will easily knock out any user hard and fast. In fact, the term “couch-lock” has been synonymous with this particular strain for several years. While you may initially feel invigorated during the first few stages of the high, these energized effects do not last long.

The above strains are highly-recommended for treating sleeplessness. In order to know the best strain for sleep that works for you, you can go always go through them one by one. Just make sure to keep an eye on your dosage as most of these strains, if not all, are highly potent and powerful.